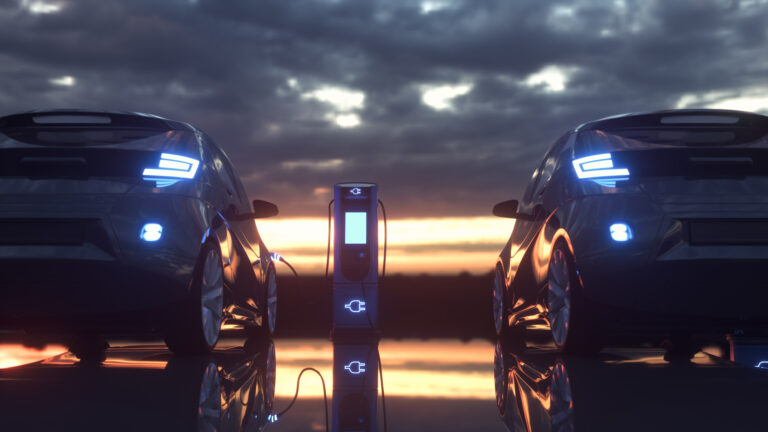 For many homeowners the talk of EVs (electric vehicles) and electrification is ramping up. Here’s the question on everyone’s minds lately: Does the cost advantage of EVs outweigh the cost of charging, batteries, and infrastructure? Let’s dig in.

The electrification of transportation isn’t a new phenomenon. At the end of the 19th century, electric vehicles were second to the horse for personal transportation and light cargo hauling. Steam was king for heavy duty, long-range hauling—trains, ships—and gasoline engines were still in early-stage development. The electric runabout was a popular choice, especially for urban use where its short range—about 20 miles per charge—was enough.

Fast forward, and today plug-in electric and hybrid models are available in a variety of sizes—from two passenger to SUV—and the list of brand names on electric vehicles grows annually.

Guidehouse Insights reports since 2008, light-duty plug-in EVs have become more affordable while offering higher performance. And this is good news for our climate. Much of this advancement has been driven by battery technology innovations with much cheaper and more reliable batteries than when the first modern PEVs (plug-in electric vehicles) were introduced. Hence, the PEV and charging infrastructure market is likely to grow significantly by 2030, with revenue expected to exceed $1 trillion annually. That’s certainly very impressive growth in less than a decade.

The Cost to Charge at Home

So, what’s the cost to charge at home? According to the U.S. EIA (Energy Information Admin.), the average U.S. household pays nearly 14 cents per kWh as of May 2021. Kelley Blue Book adds to use a simplified example, if you used 1,400 kilowatt-hours of electricity and your monthly bill is an even $100, you’re paying exactly 14 cents for each kWh. Let’s say you drive about 540 miles per month. For an EV, you will use 180 kWh in that timeframe. Using the U.S. household average from May 2021 of 14 cents per kWh, it would cost $25.20/month to charge an EV. Less than a month’s worth of gas, right?

But, wait. Next let’s look at the cost of the infrastructure. PwC says EV chargers are defined by the amount of energy delivered to the vehicle’s battery per unit of time. There are four “levels,” with Level 4 being the fastest. Capex for a charger consists of the charging equipment itself (similar to a gas pump) plus any required upgrades to the local electricity grid, land, civil works, etc. Most capital cost comprises the charging hardware itself.

Level 1 chargers—like a residential 110-volt outlet—are the least expensive. Level 3 and 4 chargers, however, are more expensive and complex. Most EV owners are expected to do up to 80-90% of their charging overnight at home or during the day at work, estimates the U.S. Dept. of Energy. In these use cases, Level 2 chargers will likely be used.

A Level 2 charger in a home can halve charging time, but Kelley Blue Book says the cost isn’t cheap. About $2,000 for parts and installation is a reasonable ballpark figure.

Another consideration is this: The advanced batteries in plug-in electric vehicles are designed for extended life but will wear out eventually. Several manufacturers of plug-in vehicles are offering 8-year/100,000-mile battery warranties, according to U.S. Dept. of Energy. Predictive modeling by the National Renewable Energy Laboratory indicates that today’s batteries may last 12 to 15 years in moderate climates (8 to 12 years in extreme climates). We should also be talking about how are we going to be disposing of these batteries now. We certainly don’t want more of these batteries ending up in landfills or somewhere else. Now is the time to plan and consider a circular economy here.

The good news is EVs typically achieve better fuel economy and have lower fuel costs than similar conventional vehicles. For example, FuelEconomy.gov lists the 2020 Toyota Corolla Hybrid at an EPA combined city-and-highway fuel economy estimate of 52 MPG (miles per gallon), while the estimate for the conventional 2020 Corolla (four cylinder, automatic) is 34 MPG. And it doesn’t hurt that EVs are more sustainable for our environment too. It’s not surprising then that EVs are coming to your neighborhood fast and furious. The question now is when will you be joining the electric wave?