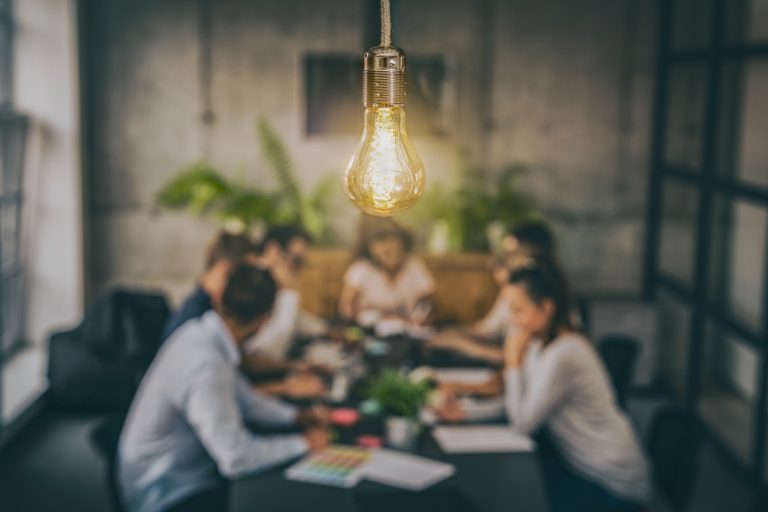 Those of you working in construction and manufacturing feel the worker shortage day in and day out. The rest of the world just reads about it or hears about it in the news. But I can’t stress the severity of this problem enough. It deserves repeating again and again, until we do something together, collectively. We are better together, certainly stronger, safer, more productive, more resilient, more sustainable, more circular, and the list goes on and on. Simply, you get my point.

Every day another Baby Boomer exits the workforce. Businesses large, medium, and small are trying to find the right personnel to replace these retiring individuals that have garnered this required on-the-job training and other essential expertise. Now businesses are at a crossroads and many are failing to look to Millennials that are perhaps one of the most educated generations, yet they are the least employed. Why?

Let me set the stage by painting a picture for you. Baby Boomers grew up in a time when hard work was praised and celebrated. Working from dawn to dusk was the golden rule. It was not uncommon and in fact was expected of the Baby-Boomer generation. Many of them had children and wanted to teach those same values to them. Now consider the story of a Millennial’s life, education, and work to give a better understanding of what happened next.

The Life of a Young Millennial

Millennials began being born in the 1980s, which continued into the 1990s. The economy was in the midst of transformation. We saw the rise of globalization, de-unionization, and automation. Many Baby Boomers were fearful good, blue-collar jobs were going away. So many boomers sent their kids to college.

In the early 2000s, spending on higher education was higher than it had ever been. The percentage of young people who immediately enrolled in college after graduating from high school rose from 49% in 1980 to 70% in 2009, according to the National Center for Education Statistics.

Pew Research corroborates this by saying roughly 39% of Millennials ages 25 to 37 have a bachelor’s degree or higher. In comparison, just 15% of the Silent Generation had the same. And roughly a quarter of Baby Boomers and 29% of Gen Z had the same when they were the same age.

Here’s what transpired next. The 2001 recession was followed by the economic crisis of 2008. These Millennials were going to and graduating from college in a time where jobs were few and far between. They graduated with a load of college debt, and they are all competing for the same white-collar jobs. Based on Specialty Publishing Media’s own research one on three are now struggling to find a job that truly gives them what their parents would consider long-term satisfaction. There are several reasons for this, but even those employed are still unsettled. In fact, those that are employed will say they are satisfied with the tech job they have but that they are keeping an eye open for the next best thing. Meaning within the next year or two, they will be leaving or will be enticed to leave their existing company.

As for those seeking a job, Pew Research suggests the unemployment rate was especially high for America’s youngest adults in the years just after the recession, and this reality would impact Millennials’ future earnings and wealth.

As the research company suggests, the financial well-being of Millennials is complicated. The individual earnings for young workers have remained mostly flat during the past 50 years. As far as household wealth, Millennials appear to have accumulated slightly less than older generations had at the same age.

This modest difference in wealth can be partly attributed to differences in debt by generation. Compared with earlier generations, more Millennials have outstanding student debt, and the amount of it they owe tends to be greater.

Filling in the Gap

Let me tell you about the irony in all of it. Those good paying, blue-collar jobs never actually went away.  As readers of the column are painfully aware, manufacturing workers, electricians, and plumbers are in great demand. The national average annual wage of an electrician is roughly $60,000. That is a job that often only requires a high school diploma and some trade school.

We encouraged our children to go to college, and now the essential jobs we need that underpin this country’s infrastructure are left vacant. Our supply chains are crumbling. Businesses are floundering. We have missed the mark completely on the bigger issue here. We need to focus on the education earned and given. It’s time to reskill those Millennials into next-gen workers. We will be creating the leaders today. This is how you change a workforce, not tomorrow, but today in small, medium, and large enterprises.

The biggest issue is the graduates don’t want to go into manufacturing or construction when they have a four-year and college debt. We need to reach the younger generations who are in school, but we also need to reach Millennials.

Millennials outnumber Boomers. Boomers are retiring faster than you can say, retiring. Time to stop talking about filling the gap. Act! We need to inspire innovative young leaders to consider careers in manufacturing and construction. Here is the reality. Millennials have more college degrees than other generations, but there are still fewer jobs that require their degreed skillsets.

If we want them to consider a career in manufacturing or construction, we need to recognize that the way they work is different from how we worked in the past. We need to change. We need to evolve. We need to appeal to the workers and how they work if we want to make big transformation happen. That is a journey we are going to have to go on together.