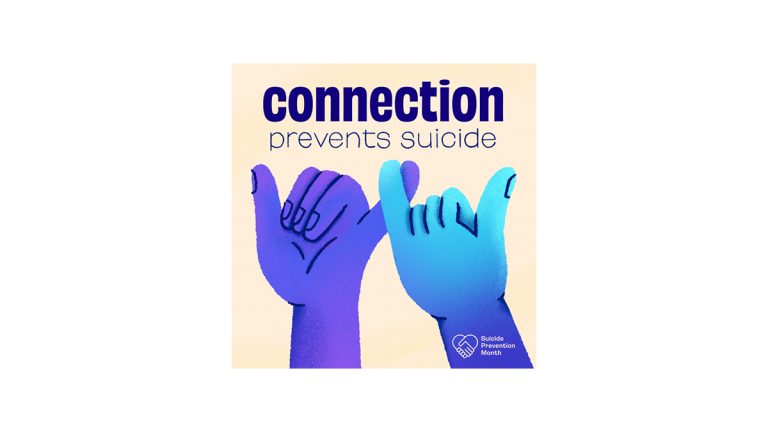 The CDC (Center for Disease Control and Prevention) recognizes that and has designated September as Suicide Prevention Month. The unofficial slogan for the month is, “You are not alone.” Depression, loneliness, a sense of isolation from friends, family, society in general, are leading symptoms of a potential suicide.

And while suicide is one of the most emotional human acts, the definition CDC uses is cold and abstract: Suicide is death caused by injuring oneself with the intent to die. An attempted suicide is when someone harms themselves with any intent to end their life, but they do not die because of their actions. How clinical.

Suicide is a leading cause of death in the United States, with 45,979 deaths in 2020, about one death every 11 minutes. The number of people who think about or attempt suicide is even higher: in 2020, an estimated 12.2 million American adults seriously thought about suicide, 3.2 million planned a suicide attempt, and 1.2 million attempted suicides.

Suicide has no boundaries, no off-limits. Veterans, for example, have an adjusted suicide rate that is 52.3% greater than the non-veteran U.S. adult population. People who have previously served in the military account for about 13.7% of suicides among adults in the United States. In 2019, 1.6% of former active-duty service members aged 18-25 years reported making a suicide attempt during the previous 12 months. This was an increase from 0.9% in 2009.

Construction can be destructive

Many ex-service members join the ranks of construction workers upon leaving the military. A 2020 CDC study found that the suicide rate among workers in certain industries was significantly greater than the general U.S. population. The industry groups that had the highest suicide rates are:

The suicide rate was also greater than the general population for the following major occupation groups:

The AGC (Associated General Contractors of America) is launching a new effort to combat high suicide rates and improve mental health among the industry’s workers. The new effort, which the association is launching as part of its support for suicide prevention month, is designed to address the high rate of suicide among construction workers.

The AGC CEO Stephen E. Sandherr has come out and said, “We cannot stand by while a silent epidemic of suicide takes place within our industry.” Sandherr has been adamant that the industry needs to work harder to reduce the stigma of mental health issues in the construction, by letting workers know it is okay to seek the assistant required which will ultimately, save lives.

The construction association is preparing a series of video PSA (public service announcements) featuring construction workers who almost succumbed to their mental health challenges. The workers in these videos will urge members of the construction industry to not be afraid to seek help.

In addition to the videos, the AGC is launching a quarterly forum to share examples of successful mental health and suicide prevention efforts coupled with a comprehensive collection of resources for construction firms and workers can obtain about mental health and suicide prevention. Those resources will be available online, free of charge, to all construction firms.

The bottomline is that safety isn’t just about wearing the right protective equipment. It is about understanding that it is okay to ask for help and you are not alone in an industry that needs to be more empathic.

Want to tweet about this article? Use hashtags #construction #futureofwork