A Historical Look at Women in Manufacturing 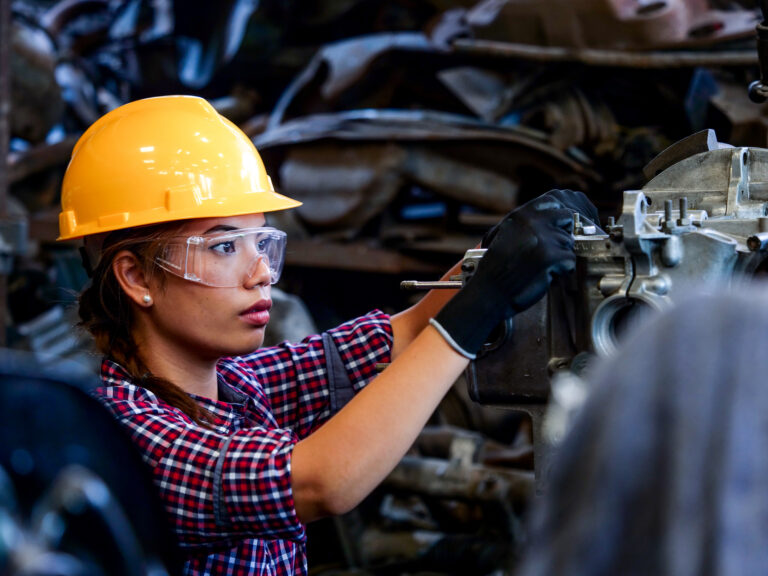 When I began my career, as a journalist covering the petroleum industry, which actually led to the nuts and bolts of true manufacturing, more than two decades ago, I was in awe. One of my passions has long been to encourage other women to consider careers in industries such as manufacturing, construction, STEM (science, technology, engineering, and mathematics), and more. Spurring innovation into the framework of an organization is truly inspirational. But the real question now is: have we made any progress in the past 20 years? The most recent numbers paint a somewhat startling picture. If you had hoped women were breaking manufacturing barriers you might want to look again.

Generally speaking, in the United States, many women entered the workforce during the industrial revolution during the 1920s, as men were sent off to war. This once again picked up in the 1960s and 1970s, as women’s equality movements drove more women into the workforce. Between the 1960s through the 1980s, there was a rapid rise of women in the labor force, in all industries, and then began to slow in the 1990s. It reached a peak of 60% in 1999, at which point the number of women in the workforce began to decline.

A big factor here was the crash of 2009. From January 2013 to December 2015, 3.2 million workers age 20 and older were displaced from jobs they had held for at least 3 years, with women accounting for 44% of those displaced.

As of 2017, women made up nearly half of the overall working population, but they still only made up nearly one-third of the manufacturing workforce in the United States, according to the U.S. Census Bureau.

Jump to early 2020. Before the pandemic women accounted for more than half of all workers within several industries such as financial, education and health services, leisure and hospitality, and other services. However, they are still underrepresented in many industries including agriculture, mining, construction, and more.

Growth grinded to nearly a halt during the 2020 COVID-19 pandemic, as women’s labor force participation rate hit a 33-year low. Many say women left the workforce in droves, but if we are being honest, they were forced out, due to lack of childcare and support systems.

The most recent 2021 numbers from the U.S. Dept. of Commerce shows these numbers remain largely unchanged. Still, while women make up about 47% of the total workforce, they only make up about 30% of the 15.8 million people employed in manufacturing industries.

Integrating innovation into the fabric of your organizational culture prepares your business for the unknown. But it has to be done with the mindset that you’re planning for more than just a single breakthrough.

Manufacturing is largely rooted in collaboration and necessitates a diverse approach to production. This is why I wrote the book, Mending Manufacturing, How America Can Manufacture Its Survival. If we want manufacturing to survive here in the states, we need a diverse approach to problem solving. It’s about thinking differently with employees of all ages and genders. It’s about recognizing that it’s time to innovate effectively.

Looking to the future, there is a huge opportunity for women in manufacturing. Advances in innovation and technology have changed the way goods are produced. Many manufacturing jobs in the future will rely on innovation, more machine-to-machine efforts to complete tasks, which offer new opportunities to women. Most of you would have never expected me to utter those three simple words: machine-to-machine again. But it’s all about AI (artificial intelligence) reshaping problem solving. So, embrace the new way of thinking, working, sharing, and making goods in manufacturing. It will open new doors for new workers.