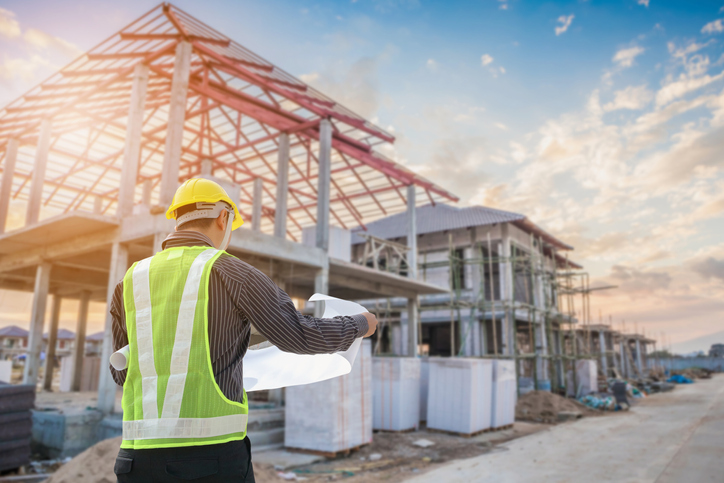 Keeping track of the ups and downs of construction projects nationwide is a challenge. Numerous associations in the field offer monthly updates and predictions, based on their surveys of members and general data harvesting. Two of the biggest, the AGC (Associated General Contractors of America) and NAHB (National Assn. of Home Builders) will agree and disagree in the same month.

As an example, the latest report from AGC shows construction employment climbed by 19,000 jobs between February and March, while spending on construction projects rose for the 12th month in a row in February. Industry employment totaled 7,628,000 in March, topping the pre-pandemic peak set in February 2020 for the first time.

Residential building and specialty trade contractors added 7,600 employees in March, and the sector’s employment exceeded the February 2020 level by 161,000 or 5.4%. Employment increased by 11,300 for the month among nonresidential firms–building, specialty trade, and heavy and civil engineering construction contractors–but remained 157,000 or 3.4% shy of the February 2020 mark.

Despite the recent employment increases, construction job openings at the end of February totaled 364,000, the largest February total, by far, in the 22-year history of that series. Openings exceeded the 342,000 workers hired in February, implying that contractors wanted to hire more than twice as many workers than they could.

Statistically, construction spending increased for the 12th consecutive month in February to $1.70 trillion, a rise of 0.5% for the month and 11.2% year-over-year. All three major subsectors posted year-over-year increases:

AGC officials said the industry will need to obtain materials on a timelier basis and hire hundreds of thousands of additional workers in order to execute projects that will soon be funded by the Bipartisan Infrastructure law, on top of the continuing demand for homebuilding and private nonresidential structures. Officials urged Congress and the Biden administration to end lumber, steel, and other tariffs, increase funds for career and technical education, and support a wider range of apprenticeship and training opportunities.

At NAHB, their analysis found that despite production bottlenecks and rising construction costs, total housing starts led by a strong multifamily reading posted a solid gain in February as demand stays strong and existing inventory remains at low levels. In fact, overall housing starts increased 6.8% to a seasonally adjusted annual rate of 1.77 million units, according to a report from the U.S. Dept. of Housing and Urban Development and the U.S. Census Bureau. This is 22.3% above the rate posted a year earlier.

The February reading of 1.77 million starts is the number of housing units builders would begin if development kept this pace for the next 12 months. Within this overall number, single-family starts increased 5.7% to a 1.22 million seasonally adjusted annual rate. The multifamily sector, which includes apartment buildings and condos, increased 9.3% to an annualized 554,000 pace.

On the single-family front, the count of homes permitted but not started construction reached a four-month high in February, rising to 152,000. This could be an indication of the ongoing supply-chain delays and cost issues that are limiting the pace of home building in many markets.

AGC Charities, Plano-based Hilti North America, and Hill & Wilkinson teamed up to lead dozens of volunteers to make repairs to three South Dallas homes in partnership with Rebuilding Together North Texas. The volunteer workday at the three Cedar Crest homes is a part of the AGC Charities’ annual Operation Opening Doors project.

The firm also worked to line up a broad range of donated and discounted services to support the project from members of the association’s TEXO Assn. chapter.