A Field Here, A Field There 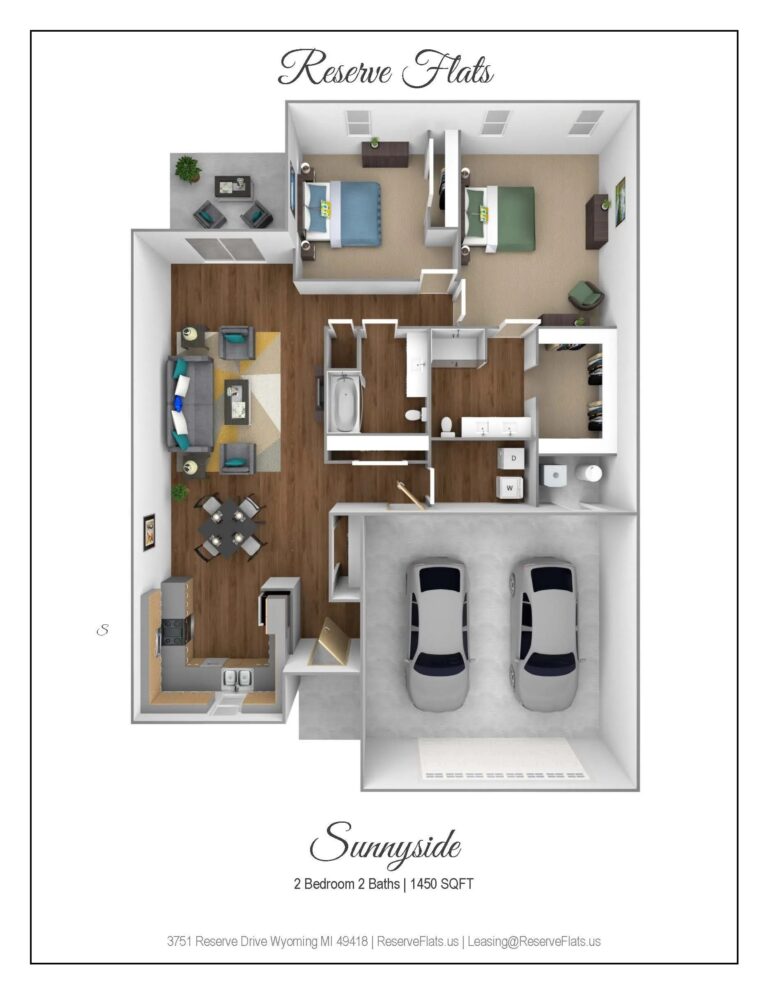 In London and many other cities, an apartment is called a flat. In Wyoming Mich., some new condos might be known that way, as well, for the development they are in is the Reserve Flats. In fact, folks are moving in to their “flats” in the Flats while other buildings are still under construction.

The Granger Group recently welcomed their first tenants to a new multifamily development called Reserve Flats, a 138-unit community being built by Grand Rapids-based contractor Orion Construction. Reserve Flats features 26 condo-style apartments ranging from three-units to eight-units per building. Spread over 22 acres, the project is being constructed in three phases, with the first phase delivering 15 units with two and three-bedroom floor plans.

Located on Wilson Avenue SW, a half-mile north of M-6 and two miles south of RiverTown Crossings mall, the development provides easy access to major travel corridors and a less than five-minute drive to popular restaurants and shopping. The community offers walking trails and a clubhouse with multiple sport courts and is surrounded by natural landscapes.

The Flats feature a variety of zero-step two-bedroom, two bathroom and three-bedroom, three-bathroom floorplans, ranging between 1400 and 1700-sq.ft. Each unit has a two-car attached garage along with a dedicated driveway and a covered porch at the main entrance.  Inside, residents will enjoy stainless steel appliances, granite countertops, large kitchen island, full-size washer and dryer, and walk-in closets.

Orion Construction broke ground on the project’s first phase in August of 2021, working quickly to get earthwork and foundations under way in order to have units available for move-in only a few months later. Orion has seven buildings and 32 units enclosed as they continue to work through the winter; they plan to have the project completed by fall of 2022.

Want to tweet about this article? Use hashtags #construction #sustainability

A Field Here, A Field There

EVs in the Southeast

The Government is Here to Help

Getting to Go with EVs