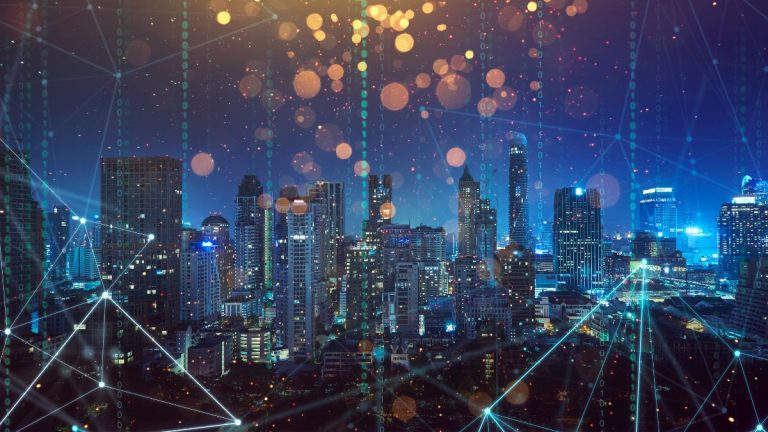 Some say Cisco was the first to talk about “smart cities” through its Connected Urban Development Program, and some say IBM started it with its launch of its Smarter Planet initiative in 2008. Whether it was Cisco, IBM, or someone else, the first decade of the 21st century saw the convergence of several critical trends in the IoT (Internet of Things) technologies and the need for sustainable development that prompted companies like Cisco, IBM, and others to explore the idea behind smart, sustainable cities.

And while times have definitely changed since the early 2000s, the vision for smart, connected, and sustainable cities has not changed—although it has gotten more complex. The market for smart cities has also grown tremendously. In fact, MarketsandMarkets valued the global smart cities market at $457 billion in 2021, and the research firm anticipates it will reach $837.7 billion by 2026, thanks to factors such as urbanization, the demand for efficient use of resources, and the demand for efficient energy consumption, among others.

Perhaps the next trend in the smart-city space is making entire islands smart, like what AWS (Amazon Web Services) is doing on Naxos, a Greek island in the Aegean Sea. About 22,000 people live on Naxos year-round, and more than 130,000 tourists visit during the summer season, according to AWS. The island and its residents and visitors face challenges such as access to health services and the infrastructure’s inability to meet the demands of Naxos residents, especially when visitors flood the island during high tourist season.

An AWS pilot project on Naxos is a collaborative effort between 20 companies—some Greek and some international—that aims to solve these problems and others by introducing smart solutions for mobility, healthcare, and the transport of goods. AWS says its Naxos Smart Island project will be built around the AWS Smart Territory Framework and leverage advanced AWS Cloud technologies.

The existing island infrastructure, including the energy grid and the waste- and water-management systems, will get an upgrade with the help of IoT-enabled smart infrastructure management solutions. Mobility solutions for smart taxi payments, smart parking sensors, and EV (electric vehicle) chargers will make getting around easier for residents and tourists alike. Vessel monitoring will also improve transportation logistics to and from the island.

In the healthcare realm, AWS says the pilot program will introduce solutions like the transfer of blood samples and medical supplies via drone. Telemedicine will also connect islanders to specialized doctors outside of Naxos’s borders. The Naxos Smart Island project will also enable a convenient online booking system for citizen services and for tourist destinations like museums and other local attractions.

Another key part of the program is digital training. AWS says it will offer digital training for public officials, civil servants, and residents. The goal of this training is to give residents the skills they need to fully take advantage of the new technologies in their city. AWS says Naxos isn’t an isolate case; it’s part of a broader trend toward creating smarter islands. Since islands tend to share many of the same challenges due to their geography, making them “smart” greatly benefits the people and businesses based there.