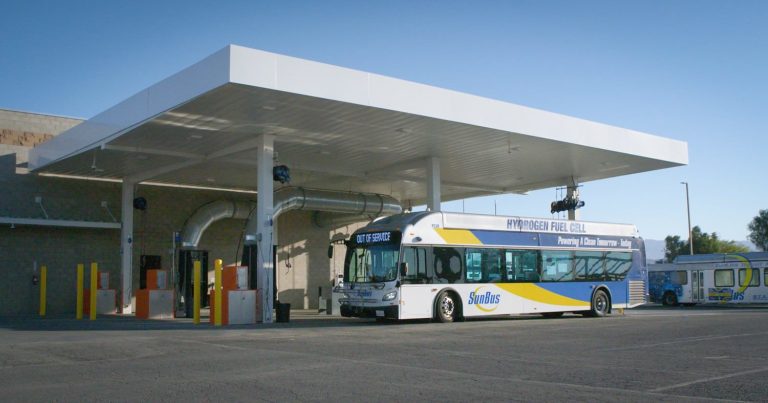 The dog’s tail follows it around, rarely leading it. Technology advancements often must wait for success because the infrastructure necessary for it to bloom doesn’t exist. Inventors find ways to move the needle even when there is no way to run the tech outside of the lab. In each case, something goes first, the rest follows.

This has been the case with renewable energy and electric vehicles, both deemed necessary for the immediate future and steadily growing in availability. Electric vehicles or EVs are increasing their range per charge but long-distance travel in a plug-in is still an adventure. Where will the next charging station be found? Will we make it that far?

States are rushing, at least California is rushing, to establish a network of EV charging locations, along major and minor roads, Interstate and Federal highways, and even “backroads” in rural areas. The infrastructure will determine the success of EVs outside of the urban commuter realm.

Within the urban environment, and to some extent between nearby urban districts, public transportation is also rapidly moving to renewable energy vehicles. Not every city can afford the infrastructure for electric buses—although they were everywhere a generation ago, powered from overhead wires and trollies. A major drawback of the trolly bus is its limited maneuverability; it basically follows the path the overhead wires establish. The battery bus removes that limitation but has a limited range per charge to make up for its ability to change lanes and pull up to curbs.

Like EVs, modern urban transit needs infrastructure to make it practical: charging stations or pads for electric battery buses and hydrogen stations for H2 fuel cell powered vehicles. In fact, hydrogen power is making steady inroads, pun intended, where E-buses are the default next generation transit. Again, the lack of infrastructure and renewable energy sources is holding back hydrogen powered vehicles. That is changing.

Californians who own ICE cars can keep them and used sales will be allowed to continue as usual. The state hopes incentives will eventually lead to everyone giving up their gas or diesel-powered vehicles and it is building out a vast network of EV charging stations to make those future vehicles have a place to restore their energy

But RNG (renewable natural gas) and help fuel SunLine’s fleet of 17 hydrogen fuel cell electric buses. At scale, this demonstration project has the potential to provide clean hydrogen at any location adjacent to a natural gas pipeline, which will help reduce greenhouse gas emissions and accelerate the state’s climate and clean air goals.

The demonstration will test the STARS technology, which was developed at the Pacific Northwest National Lab and is currently being made production ready by STARS Technology Corp. The technology uses a combustion free process, so that it produces fewer greenhouse gas emissions compared to a conventional steam methane reforming process. Since the compact system is based on low-cost 12×1-inch, 3D-printed reactor disks and heat exchangers, it can be easily installed at fueling stations.

The placement of STARS units on the natural gas grid transforms the existing gas grid into Regional Clean Hydrogen Grids, enables the rapid rolloutof fuel cell electric vehicles, and provides an opportunity for grid electricitystorage with co-generation that offsets the variability of wind and solar. The first unit to be delivered will be a half-sized hydrogen generator, designated Beta-1, and capable of producing the hydrogen needed for three of SunLine’s fuel cell buses.

The first three clean H2 generators are commercial prototypes. The intention is to improve the design of the units in SunLine’s real application to improve and evolve commercial STARS units that can be brought into production by the end of 2023. The near-term goal is to attain low capital costs through economies of hardware mass production so that clean hydrogen can be produced and sold at prices competitive with gasoline and diesel fuel.

Hydrogen-powered fuel cell electric vehicles are expected to play an important role in meeting requirements in California, Washington State, and many other regions that are mandating ZEVs (zero-emission vehicles). With the establishment of regional, clean hydrogen hubs, there is an opportunity to aggressively establish thousands of hydrogen filling stations that support the roll-out of fuel cell vehicles throughout the U.S.

SunLine has been pioneering hydrogen technologies for nearly three decades and partnering with SoCalGas on this project continues the momentum necessary to make hydrogen fueling accessible to the public. For several years now, the high cost of transporting hydrogen has been the big problem with rolling out fuel cell vehicles in California. This demonstration should solve the problem with a compact, mass-produced hydrogen generator that can be placed in close proximity to filling stations and other places where cheap hydrogen is useful. Better yet, the hydrogen can meet the new Federal Clean Hydrogen Standard for regional hydrogen hubs since it can be produced from renewable natural gas.

The SunLine Transit Agency is on track to be fully transitioned to zero emissions by 2035 – five years ahead of the deadline set in the state’s ICT Regulation (2040). In addition to SunLine’s PEM Hydrogen Electrolyzer – the largest clean hydrogen-producing station in the country for transportation – its Liquid Hydrogen Station project has been funded by the CEC (California Energy Commission). The CEC award, for the construction of a 15,000 – 18,000-gallon liquid hydrogen fueling station, will create fueling resiliency for the agency and is the first liquid hydrogen project in SunLine’s thirty-year history. This liquid station is yet another element in the creation of a zero-emission blueprint for transit and fleet operators across the nation.