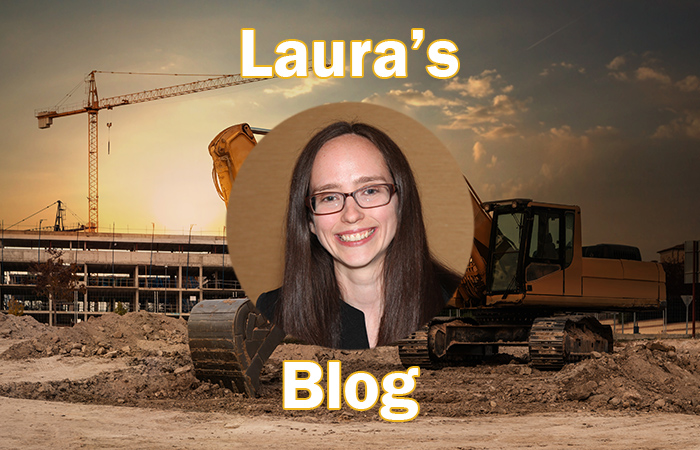 We have been talking about robots on the construction jobsite for years, as they offer a way to minimize tedious and time-consuming tasks on a jobsite. With the rise of AI (artificial intelligence) to power machines of all kinds, we may soon see more robots on jobsites, working side-by-side with workers. In fact, one organization is now recognizing a robot as a builder and inducting it into a builder’s institute.

This story comes out of East coast and the LIBI (Long Island Builders Institute), which is an association of building industry professionals and a local chapter of the NAHB (National Assn. of Home Builders) and the NYSBA (New York State Builders Assn.). Formed in 1941, LIBI represents more than 140,000 members, including builders, developers, general contractors, remodelers, and now, a robot named Max.

Yes, that is right. A robot is now a member of the organization. SQ4D 3D printer Max ARCS (autonomous robotic construction system) robotically builds a structure’s footings, slab, foundation walls, interior walls, exterior walls, and roof. All of this is printed onsite and accounts for more than 50% of total construction.

The company’s objective is to use a combination of automation, additive manufacturing, and sustainable building methods to produce cost-efficient structures, all while improving worker safety.

The official induction demonstrates the growing acceptance and adoption of new technologies, specifically 3D printing, in construction. Accepting the membership on behalf of Max was Kristen Henry, Chief Technology Officer of the company.

Long-time LIBI member Charles Weinraub is one of Long Island’s most active developers. Weinraub has already built one home with his own Max ARCS printer and has since changed his entire business model for 2023 to build exclusively using 3D printing technology.

This is an interesting development that I am going to push back on a bit. Here are my questions: Why do robots get a place when ERP (enterprise-resource planning) systems don’t? AI is the underpinning of many of these systems. Do those systems get to be inducted as well? What about autonomous jobsite equipment? What makes robots different from other technology systems that we talk about all the time?

Perhaps it is because it is the concept of man and machine working side-by-side on the construction jobsite. It is the futuristic visual of George Jetson working side-by-side with machines. But the reality is there is so much technology that goes into making that happen. I do really like how this is bringing more attention to 3D printing and additive manufacturing, and hopefully it will propel the use of such technology forward in that region.