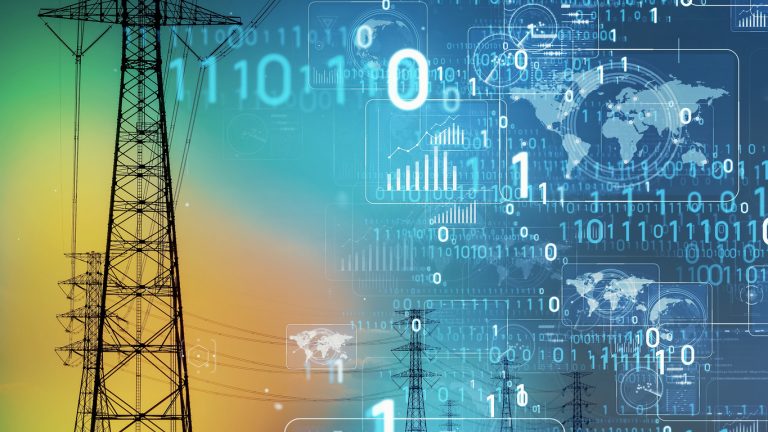 The term “Smart” has been used in many industries to indicate a conversion from analog to digital control or monitoring. The smart home allows control over many functions—sound, light, temperature—by voice or programming of digital controls, locally or remotely. Office buildings have digital “smart” controls for HVAC (heating, ventilation, and air conditioning), lights, and security. But houses and office buildings are miniscule structures compared to the national electricity grid and that grid is evolving into a smart grid in much the same way houses are becoming smart: slowly.

According to the NIST (National Institute of Standards and Technology) all of us will be affected by smart-grid standards. The electrical grid of the 20th century—our existing grid—is essential to modern life, a fact we quickly discover whenever the power goes out as it has numerous times and in numerous places in the winter of 2022.

The smart grid is a way to address this aging energy infrastructure, one that needs to be upgraded or replaced. It’s a way to address energy efficiency while bringing increased awareness to consumers about the connection between electricity use and the environment. How?

The smart grid is a planned nationwide network that uses information technology to deliver electricity efficiently, reliably, and securely. It’s been called “electricity with a brain,” or even “the energy internet.” The definition NIST uses is “a modernized grid that enables bidirectional flows of energy and uses two-way communication and control capabilities that will lead to an array of new functionalities and applications.”

Unlike today’s grid, which primarily delivers electricity in a one-way flow from generator to outlet, the smart grid will permit the two-way flow of both electricity and information. Because of this bidirectional flow, the electrical grid of the 21st century will be even more integrated into our daily lives.

Many stakeholders are involved with defining and developing standards for the evolving grid. Among them are utility companies, appliance and consumer electronics providers, consumers themselves—residential, commercial, and industrial—along with renewable power producers and state and local regulators.

Under federal law, the Energy Independence and Security Act of 2007, NIST has been given the key role of coordinating development of a framework for smart-grid standards. NIST’s national coordinator for smart-grid interoperability launched a three-phase plan to jump-start development and promote widespread adoption of smart grid interoperability standards:

The government is making information on the smart grid available in a variety of ways. One is the DOE (Dept. of Energy’s) Office of Electricity website www.smartgrid.gov, which acts as the gateway to federal initiatives that support the development of the technologies, polices, and projects transforming the electric power industry.

The DOE emphasizes the digital technology that allows for two-way communication between the utility and its customers, and the sensing along the transmission lines, is what makes the grid smart. Because of its two-way interactive capacity, the smart grid will allow for automatic rerouting when equipment fails, or outages occur. This will minimize outages and minimize the effects when they do happen.

When a power outage occurs, smart grid technologies will detect and isolate the outages, containing them before they become large-scale blackouts. The new technologies will also help ensure that electricity recovery resumes quickly and strategically after an emergency—routing electricity to emergency services first, for example.

In addition, the smart grid will take greater advantage of customer-owned power generators to produce power when it is not available from utilities. By combining these “distributed generation” resources, a community could keep its health center, police department, traffic lights, phone system, and grocery stores operating during emergencies. And it’s a way to bring increased national security to our energy system—drawing on greater amounts of home-grown electricity that is more resistant to natural disasters and attack.

The benefits associated with the smart grid include:

In fact, a new study from Juniper Research has found cost savings from smart grid deployments will exceed $125 billion globally in 2027; increasing from just over $33 billion in 2022.This 279% growth will be driven by rising energy prices, with smart grid technologies playing a critical role in increasing network efficiency and optimizing resource management. The report identifies abilities of artificial intelligence-based analytics as crucial to maximizing benefits of new renewable energy sources, by actively balancing load and optimizing energy transmission.

The report identified smart-grid deployments as key to the decarbonization of electricity production as well. Smart grids will enable energy sources that produce electricity based on external elements, such as solar and wind power, to meet energy requirements more effectively, by actively balancing load and predicting surges in demand and production.

The research predicts that smart grid deployments will result in an almost 700 million MMT (million metrics tons) reduction in CO2e (Carbon Dioxide Equivalent) emissions globally in 2027, compared to 214 million in 2022. The report anticipates this will be central to meeting stringent climate change goals, alongside updating generation capabilities to feature more renewable sources, including wind and solar.

The research recommends that smart-grid technology vendors must develop data ingestion engines that can analyze and interpret structured and unstructured data from disparate sources, including smart meters, network data, and weather forecasts to maximize emission reductions.

So, when will the smart-grid standards be ready for implementation across the nation? NIST says, “As soon as possible—and we’ve already made significant progress in developing these standards. Smart grid standards have been recognized as a national priority since 2007 and the current administration further accelerated the process through the American Resource and Recovery Act. However, standards development can take a long time.
“For the smart grid, we’re trying to put many of the key standards in place in less than five years. For comparison purposes, the standards for the telecommunications industry were developed over a period of several decades.”