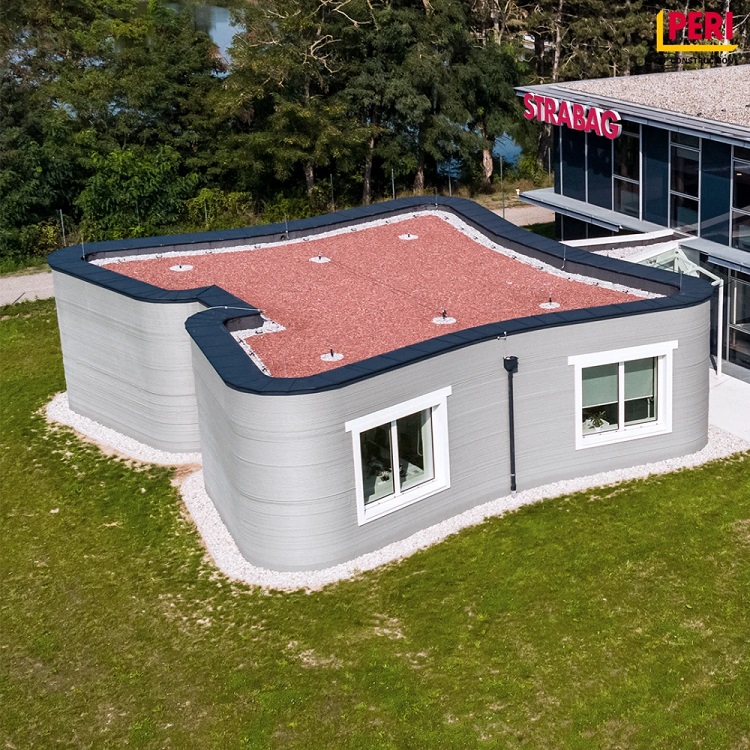 The interest in 3D printing of houses and other structures has been growing at various levels of the market for a few years now, and one segment, local government, is picking up on it. Azure Printed Homes, innovators of 3D printing utilizing recycled plastic, has been chosen by Enfield Housing Corp. of Enfield, N.C., for the delivery of seven two-bedroom homes. Enfield’s Mayor, W. Mondale Robinson, believes this will be a great start to tackling the lack of affordability in Enfield, a town rated the 8th poorest city in America with 43% of the current homes uninhabitable.

Azure has a quickly growing waitlist with pre-orders exceeding $16 million and is scheduled to begin printing and delivering 3D printed backyard studios by the end of 2022, delivering accessory dwelling units and homes to homeowners and businesses in 2023. Azure’s factory-built approach to 3D printing homes from recycled plastic allows for a faster prefabrication timeline of a complete housing unit. Azure can print its modules in one day, from the floors to the walls, to the roof.

Azure has also been selected by ReInhabit, a Southern California home builder, to produce ten 3D printed homes. ReInhabit currently manages a portfolio of homes within LA and Orange Counties, with a focus on creatively integrating innovative building techniques to yield more efficient developments and plans to initially install the Azure homes on three sites across Southern California.

California, like many states, needs to find more innovative ways to speed up the time it takes to build, especially affordable homes. Repurposing materials and 3D printing a complete structure in a fraction of the time is something that is a game changer. Azure’s solution minimizes waste by using plastic already intended for landfills or that usually ends up in oceans or gets incinerated. By using recycled materials instead of new resources, Azure plans to close the sustainability loop in the 3D home building industry by getting closer to a circular economy’s goal of making optimum use of previously used materials.

Through 3D printing, Azure says they can also build structures 70% faster and at a lower cost than traditional home construction methods. Azure Printed Homes plans to reduce home energy consumption bills to zero through a combination of high levels of building airtightness and the use of low-carbon technologies including heat pumps and solar panels.

Governments aren’t the only entities that are interested in 3D printing for construction. While Azure is focused on recycled plastic materials for its 3D printing “ink,” traditional concrete suppliers are finding innovative materials and methods for moving 3D printing into the market faster. For example, Holcim has invested in COBOD Intl., another 3D construction printing leader, to advance 3D printing materials, robotics, and automation together. Building on its collaboration with COBOD since 2019, this investment will further leverage Holcim’s range of proprietary 3D printing ink, TectorPrint.

Holcim and COBOD have successfully collaborated on a range of innovative building projects, from 3D-printed windmill tower bases to the world’s first 3D-printed school in Malawi and Africa’s largest 3D-printed affordable housing project in Kenya. COBOD has a long list of shareholders that are also users of their technology and now, with Holcim involved, COBOD covers distribution, applications, and materials in 3D construction printing.

In 2018 PERI Group, the scaffolding and formwork manufacturer and 3D concrete printing pioneer, acquired a minority stake in COBOD. Since then, both companies have worked closely together to push the boundaries of 3D construction printing. For example, Europe’s first 3D printed office extension, in Hausleiten Austria, is a result of a collaboration between the construction technology group STRABAG SE and PERI.

The 125 m2 (1346-sq.ft.) office extension to an existing building was printed with a BOD2, COBOD’s best-selling 3D construction printer. With a maximum printing speed of one meter per second, it is the fastest in the world, allowing the shell construction to be completed in approximately 45 hours of pure printing time.

This office building impresses with its unusual architectural form and the structures of the printed concrete are recognizable as a design element on the facade, which gives the building a special appearance in addition to the cloverleaf shape. 3D printing in general allows design freedom compared to classic concrete construction, such as architecturally appealing rounded shapes.