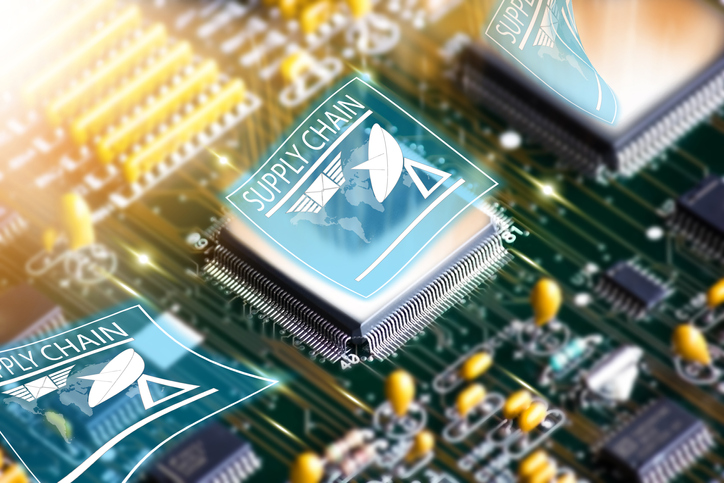 At this year’s Inland Transport Committee roundtable hosted by the UNECE (UN Economic Commission for Europe), the panel identified three critical challenges facing global supply chains: labor shortages, equipment availability, and the ripple effect of global bottlenecks. Though the panel convened earlier this year, the challenges facing international supply chains across industries remain the same in the second half of the year. Can the newly passed CHIPS and Science Act of 2022 deliver on its promise to strengthen supply chains? Will it help alleviate the ongoing chip shortage?

In January, Gartner predicted things like inflation, increased borrowing rates, and geopolitical stressors (particularly those involving China) would impact supply chains and the broader economic picture in 2022. The research firm was right. Because of the stressors of the past few years, global supply chains seem to be under more scrutiny than ever before. Disruptions that began as part of the fallout from the COVID-19 pandemic have certainly thrust supply chains into the limelight. The semiconductor shortage has also forced reflection in the industry, wreaking havoc on several sectors, and forcing more attention on supply chain issues—both old and new.

The U.S. government has taken steps to address both the semiconductor shortage and breakdowns in the supply chain. With the CHIPS and Science Act of 2022, which the President signed into law earlier this month, the White House says it will bolster U.S. leadership in semiconductors by providing $52.7 billion for American semiconductor research, development, manufacturing, and workforce development. Within this $52.7 billion is $39 billion in manufacturing incentives. The White House says these incentives include $2 billion for the legacy chips used in automobiles and defense systems, $13.2 billion in R&D (research and development) and workforce development, and $500 million to provide for international information communications technology security and semiconductor supply-chain activities.

The new legislation also provides an investment tax credit of 25% for capital expenses for manufacturing of semiconductors and related equipment. The goals behind these incentives include securing domestic supply and creating new jobs in construction and manufacturing. The CHIPS and Science Act has already encouraged additional private investments in American semiconductor manufacturing, including $40 billion in memory chip manufacturing from Micron. Micron president and CEO Sanjay Mehrotra said the legislation will allow Micron to grow domestic production of memory “from less than 2% to up to 10% of the global market in the next decade, making the U.S. home to the most advanced memory manufacturing and R&D in the world.”

Another critical component of the new act is its restrictions on overseas manufacturing for recipients of funding for 10 years from the date of funding. PWC points out that CHIPS Act prohibits funding recipients from expanding semiconductor manufacturing in countries the U.S. considers to be threats to national security, like China.

The act will also promote U.S. innovation in wireless supply chains via its provision for $1.5 billion for promoting and deploying wireless technologies that use open and interoperable radio access networks. The White House says this investment will boost U.S. leadership in wireless technologies and their supply chains. While the industry is used to talking about negative ripple effects from things like COVID, political unrest, and economic uncertainty, this kind of investment will have the sort of positive ripple effect the space needs to help it move into a new era.