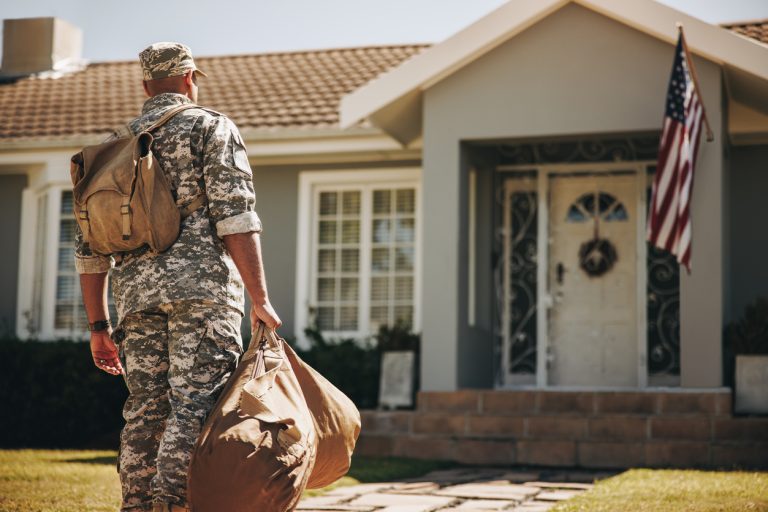 November 11 has been a solemn day for military members and their families since the end of World War I. At 11 am on Nov. 11, 1918, the war official ended with an armistice. Armistice Day, as it was originally called, was started a year later, honoring the military—those that fell during the conflict and those who returned. U.S. flags started the day at half-staff, to be raised at 11 am local time. Veterans and active-duty military hold parades in respect of those who fought. In 1954, the day was renamed Veterans Day to include those who served in the intervening battles of World War II and Korea—and beyond.

Memorial Day, in May, honors those who died in service while Veterans Day honors those who returned. Throughout the year, individuals and companies, governments at every level, extend their respects to veterans and active-duty military in various ways. Those families with serving military members are especially thought of as they represent the core of the service. Over the years, however, some of the benefits extended to these families, such as on-base housing, get worn down and need repair or remodeling.

Since the inception of the MHPI (Military Housing Privatization Initiative) in 1996, Balfour Beatty Communities, a residential real-estate investment and management company, has become one of the nation’s largest providers of military family housing with a portfolio that includes the comprehensive military housing operations for 55 Army, Navy, and Air Force installations across the United States. The company recently launched a large-scale renovation project to improve the energy performance of more than 4,900 homes at eleven Navy installations on behalf of its Navy Southeast Housing partnership with the Navy. The project will bring both water and energy-conservation improvements through a self-funding ESPC (energy savings performance contract).

These energy upgrades will immediately enhance the comfort of residents across the Navy Southeast portfolio, and the future utility savings realized will be reinvested to fund further renovations and improvements. This project also directly supports the Dept. of Defense objective to improve the resiliency of our military installations.

The turnkey project is being delivered in conjunction with ENGIE Services U.S., a subsidiary of ENGIE, a global leader in low-carbon energy and services. Upgrades will include new, high-efficiency HVAC systems equipped with modern thermostats and humidity-sensing bathroom exhaust fan switches, which will make the homes more comfortable to live in, reduce mechanical outages, and standardize equipment across the portfolio which will reduce operating and maintenance costs. The project will also improve the homes with weatherization sealing and provide comprehensive water efficiency and energy upgrades through domestic water retrofits and LED lighting technology.

Southeast Housing LLC is a joint venture between affiliates of Balfour Beatty Communities and the U.S. Navy under the MHPI. MHPI has enabled extensive renovations, new construction and sustainability initiatives for service members and their families living in on-base military housing communities.

In 2019, Balfour Beatty Communities conducted a pilot project at Fort Hamilton, completing exterior renovations to three buildings on the property and improving resident satisfaction with the homes. The new renovations include replacing all existing vinyl siding with an upgraded fiber cement product that will significantly improve longevity, durability, and curb appeal. In addition, all balcony doors, exterior light fixtures, trim, gutters, and downspouts will be replaced, and columns, doors, and frames will be painted. The project is expected to be completed by May 2024.