All Around the Jobsite 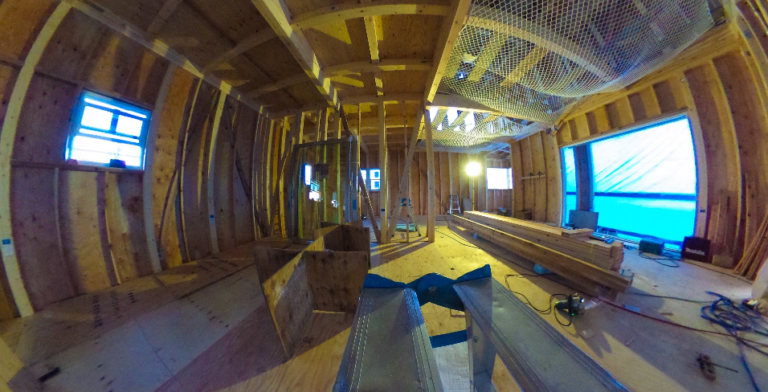 The world is not flat. A jobsite is not flat, either. Taking a single photo of a jobsite gives you a two-dimensional display of a three-dimensional reality. When you go on that site, you can look around and see front, back, and sideways. So why can’t you image that way?

The COVID-19 pandemic has driven AEC (architecture, engineering, and construction) professionals to adopt new technologies to keep projects on track with many people working remotely. Technology has become the best way to stay a step ahead in an increasingly digital world that has become the “new normal.”

A survey, conducted by RICOH THETA and Dynata for AEC professionals, explored the usage of tech devices such as cameras, smartphones, and other platforms/software commonly used in AEC. One technology being quickly adopted by this professional set are 360-degree cameras – which, according to the survey, are owned or used by almost half of all respondents, with 79% of them utilizing the cameras for work.

Technology is playing an important role in multiple workflows across these professions with most frequent usage for project management and oversight (72%), building design (54%), and building construction (51%). However, despite an increasing reliance on general photography and video technology, these devices often fall short on delivering the professional’s desired results. Some key issues identified in the survey when it comes to more traditional imaging include:

Addressing some of these challenges, 360-degree cameras are compact, beginner-friendly devices with simple interfaces that can capture entire spaces with the push of a single button. Image quality is often quite high among quality 360-degree cameras, with some models containing sensors that capture high-resolution imagery even in dim or poorly lit environments.

Another common feature among recent 360-degree cameras is pairing with smartphones via Wi-Fi or Bluetooth that enables easier image viewing and sharing. Given these features, the survey identified that more than 75% of respondents believe that 360-degree cameras would work better for them, particularly for: