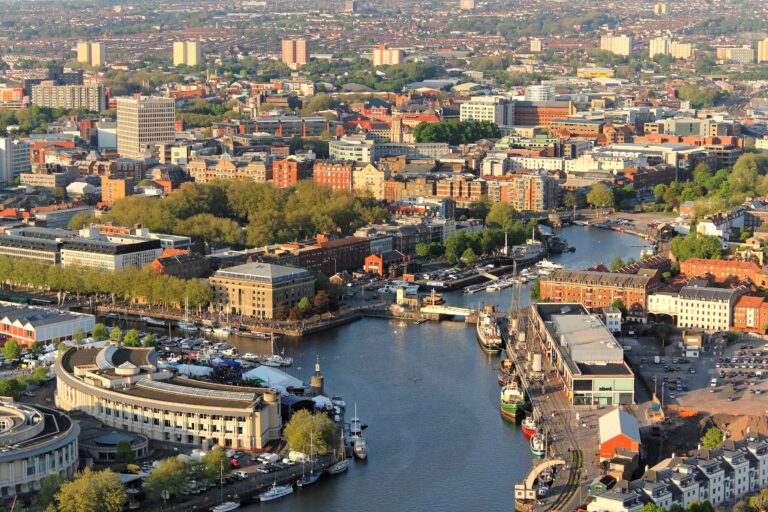 While new, greenfield smart cities are being planned and started in the Middle East, old cities in Europe are seeking ways to retrofit to be smarter, too. And when we say “old” we mean more than 1,000 years old.

Noted as early as 1051 in the Anglo-Saxon Chronicle, the port city of Bristol in England was a critical trading and ship building center. Unfortunately, it was also known for less respectable trade: Edward Teach, better known as Blackbeard the pirate, was allegedly born in the city in the 1700s.

Like all cities, Bristol is undergoing a transformation. Today, it is becoming a model for another type of trade: trading legacy systems for climate-friendly ones. Ameresco, Ltd., an integrator based in Framingham, Mass. that specializes in energy efficiency and renewable energy, has been selected as a partner in the Bristol City Leap project, a 20-year program to decarbonize the city.

City Leap has the potential to facilitate a major change by use of real time data, investment in energy storage, and distributed energy generation to create a genuinely smart energy system for Bristol. The city council has already delivered over £92 million ($120,152,000) worth of low-carbon projects in the last five years and City Leap takes this experience to create a much larger and more ambitious program.

The project will span the 34 ward areas that make up the city. Services will address all sectors of the built environment, including public sector facilities like hospitals, universities, and schools, as well as industrial, commercial, and residential buildings throughout the Bristol community. The City Leap program is designed to enable Bristol to experience lower energy costs, cleaner air, improved energy infrastructure, and a boost to the local economy through the city-wide decarbonization effort.

Additional plans, developed by six community organizations from some of Bristol’s most disadvantaged communities, identify key priorities which will help those areas deliver the city’s goal of being carbon neutral by 2030. Work to develop the plans was undertaken during 2021 with a focus on understanding the needs of local people in areas such as transport, energy, food, waste, nature, buildings, jobs/economy, and inequality. The plans produced provide the blueprints for ensuring the most disadvantaged communities can significantly contribute to the city’s climate challenge in a way that sees them benefit as much as any other area of the city.

Over the first five years of the partnership, the project is expected to deliver approximately 140,000 metric tons of carbon savings, and 182MW of zero-carbon energy generation. For the citizens of Bristol, City Leap has the potential to deliver a better quality of life by improving the warmth and comfort of homes, improving air quality, and creating thousands of jobs in energy and related supply chains. For investors and partners, City Leap will offer a competitive return on investments along with the chance to create and test new energy propositions and business models which are replicable at a national and international scale.

Want to tweet about this article? Use hashtags #construction #sustainability #infrastructure #IoT #AI