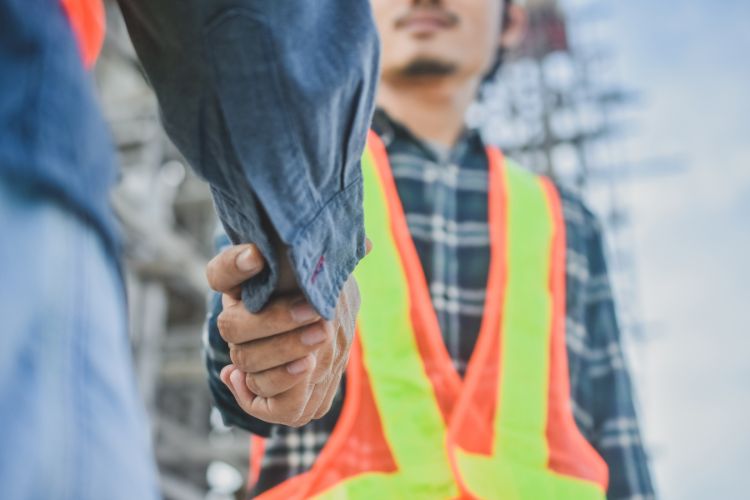 Two well-known construction groups have looked at President Biden’s recently reported urging of government agencies to enact PLAs—Project Labor Agreements—for federal projects over $35 million and came to opposite positions. NECA (National Electrical Contractors Assn.) is for them while the AGC Associated General Contractors of America) is against them. The PLAs would cover work contracted by the DOD (Dept. of Defense, GSA (General Services Administration), and NASA.

NECA issued a press release saying it welcomes the implementation of President Biden’s February 4 Executive Order requiring Project Labor Agreements on certain federal construction projects. According to NECA, PLAs have proven to be a time-tested method for ensuring that projects exceed quality construction standards, are completed on-time and under budget, and save taxpayer dollars.

NECA notes it has long championed the use of PLAs and is pleased the Biden Administration swiftly moved forward to craft this proposed rule. All contractors and subcontractors on construction projects will be able to fairly compete for contracts and subcontracts without regard to whether they are otherwise parties to collective bargaining agreements.

Additionally, the PLAs would provide guarantees against strikes, lockouts, and similar job disruptions; set forth effective, prompt, and mutually binding procedures for resolving labor disputes that may arise during the term of a project; and provide other mechanisms for labor-management cooperation on critical matters of mutual interest and concern, including productivity, quality of work, safety, and health.

Meanwhile, the AGC has a different take on PLAs. The Associated General Contractors of America, according to their mission statement, is an organization of qualified construction contractors and industry related companies dedicated to skill, integrity, and responsibility. Operating in partnership with its Chapters, the Association provides a full range of services satisfying the needs and concerns of its more than 27,000 members, thereby improving the quality of construction and protecting the public interest.

The chief executive officer of the AGC, Stephen E. Sandherr, released a statement in response to the new federal PLA rules. “The proposed rules requiring procurement officials to impose project labor agreements for federal construction projects will prevent most contractors from bidding and will harm the disadvantaged firms that contracting rules are meant to help.

“Unfortunately, the proposed rule would cause most federal construction contractors to stop bidding on federal projects, according to a survey the AGC conducted in response to the president’s executive order.”

The survey found that nearly three-quarters of federal contractors report they will stop bidding on federal projects if the Biden administration follows through on its plans to impose government-mandated project labor agreements. While 73% of surveyed firms report they are currently bidding on federal construction projects valued at $35 million or more, the same percentage, 73%, report they would not bid on those projects if a project labor agreement were required.

AGC believes the federal mandate will make it harder for contractors to partner with small, veteran, minority, or disabled-owned firms. Government-mandated project labor agreements require every general contractor or subcontractor performing work to negotiate with or become a party to an agreement with one or more unions. Some 82% of firms report this mandate will make it harder for general contractors to subcontract with small, disadvantaged businesses—such as women-owned, HUBZone, and service-disabled veteran-owned small businesses—because those firms typically are not accustomed or prepared to operate on a union basis.

In addition to limiting competition for federal projects, the survey found that imposing project labor agreements will make it harder for firms to find enough workers to hire. Nearly 40% of the survey respondents operate under a collective bargaining agreement. Of these respondents, 83% said there are not enough union workers to guarantee completion of the project on time and on budget. Among firms that have worked on a project that involved a government-mandated project labor agreement, 67% said the agreement made it harder to find workers to hire.

To bolster its position, AGC also released a report on construction jobs. Construction employment in July continued to trail pre-pandemic levels as contractors struggled to find qualified workers to fill openings. In July, 32 states added construction jobs, 16 states and the District of Columbia lost jobs, and there was no change in Idaho and Rhode Island.

Association officials said there is plenty of demand for construction, especially for infrastructure, manufacturing plants, and power and energy projects. AGC called on government officials to allow employers to sponsor more foreign-born workers and support more career and technical education to broaden opportunities for individuals to gain construction skills.