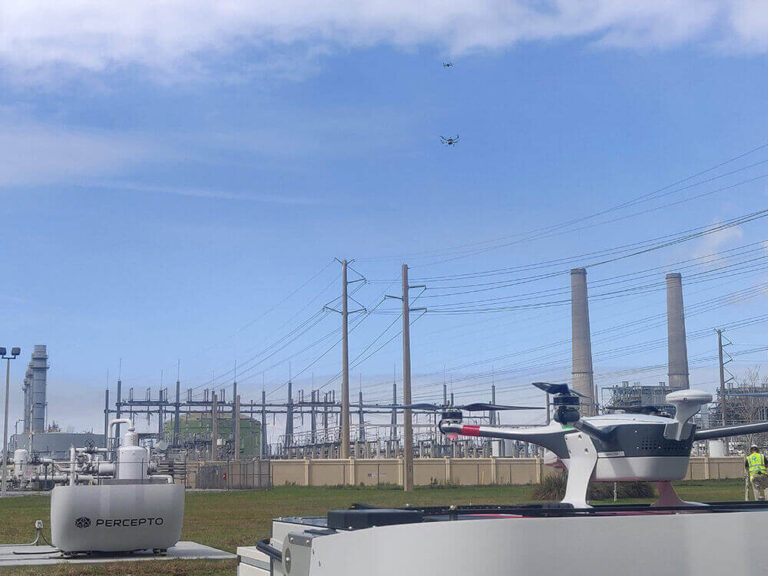 They were once toys for aviation enthusiasts, model helicopters to play with on weekends. Then someone got the idea to mount a digital camera on them and—boom!—the drone eye-in-the-sky market took off.

According to ResearchAndMarkets.com, the future of the commercial drone market looks promising with opportunities in precision agriculture, aerial photography, surveillance, survey mapping, and energy applications. The Global Commercial Drone Market size was estimated at $14.95 billion in 2021, $18.92 billion in 2022, and is projected to grow to reach $61.95 billion by 2027.

UAVs (unmanned aerial vehicles) are widely used at dangerous and inaccessible places for mapping out elevated infrastructure that may have damaged power lines and unstable roofs with higher precision and cost-effectiveness as compared to the conventional methods. They are witnessing a high demand in the real estate and construction sector owing to their ability to survey lands, provide continuous and precise project notifications, improve safety, and prevent dangerous incidents on construction sites.

In the wake of the COVID-19 outbreak across the globe, there has been a considerable increase in the utilization of drone technology across various scenarios, reports Grandview Research, with drones proving to be of immense assistance in such situations. The integration of advanced technologies such as AI (artificial intelligence) and ML (machine learning) in drones offers significant growth prospects to the market.

The advent of the 5G delivery model and integration of cloud computing technology with the drone development process is anticipated to provide lucrative growth opportunities to the commercial drone market. The availability of high-speed internet in drones enables users to communicate in high demanding environments to perform operations such as media sharing, command and control, and autonomous flying.

Utilities and cities alike are finding drones to be an economical way to do inspection and surveillance. For example, Percepto, a company noted for autonomous inspection by industrial robotics, will deploy autonomous drones to monitor Florida Power & Light’s substations and power distribution grids across the state.

FPL will be the first electric utility to deploy DIB (drone-in-a-box) technology statewide and the arrangement represents the largest commercial autonomous drone project in the world. It’s also the first operation using autonomous drones within an urban setting for infrastructure inspection to ensure quality service to FPL customers.

Phase one of the project will see 13 DIBs introduced to the West Palm Beach area over the coming year. FPL’s long-term plan is to introduce hundreds of Percepto drones to monitor the utility’s distribution substations over approximately the next five years. The drone-in-a-box solution was the first to pass Level 5 hurricane testing at a wind speed of up to 155-mph, making it ideal for minimizing incident response times and power outages in Florida.

Percepto has served FPL since 2018, working closely to develop optimized drone monitoring solutions and build consensus and compliance with Federal Aviation Administration (FAA) regulations. The FAA had issued a nationwide waiver for FPL to fly Percepto drones for surveillance and inspection purposes at sites owned and serviced by FPL.

Serving more than 11 million people in Florida, FPL currently uses Percepto’s (AIM) (Autonomous Inspection and Monitoring) solution powered by drones to perform routine infrastructure inspection and monitoring. The drones in operation across the state will be coordinated on a single platform through Percepto’s Autonomous Inspection and Monitoring (AIM) solution. With Percepto AIM, drones can be operated remotely to ensure they work together in sync, providing maximum coverage at the sites they monitor.

As part of its ongoing work with the FAA, Percepto is a member of the BVLOS (Beyond Visual Line of Sight) ARC (Aviation Rulemaking Committee) that has recently provided its regulatory recommendations to fully incorporate highly automated BVLOS operations flights in US national airspace.

Moving further—much further—North, AirMatrix has undertaken a new project to accelerate research and development efforts of its platform to inform communications standards for commercial drone operations. AirMatrix is receiving advisory services and conditional research and development funding from the NRC IRAP (National Research Council of Canada Industrial Research Assistance Program) in support of the project.

AirMatrix builds millimeter-precise skyways in urban and suburban airspace, allowing cities to scale commercial drone operations. By providing traffic management capabilities through the traffic manager dashboard, the operator platform grants accurate, conflict-free 3D routes in real-time to enterprise drones incorporating beyond visual line of sight operations. The sophistication of the AirMatrix software with its safe, reliable, and dynamic monitoring capabilities, is enabling new industry applications for drones to emerge and scale as the industry evolves.

Beginning in May, as part of The City of Calgary’s Living Labs program, participating drone pilots will begin utilizing the AirMatrix software platform inside an allocated zone within city boundaries to begin logistics and public services drone operations testing. The deployment will ramp up over the course of 18 months, with the goal of building a live drone ecosystem in Calgary.

In collaboration with local drone operators, AirMatrix is now deploying its operator platform in Waterloo and Calgary. The data gathered will be anonymized and shared with Transport Canada to support the development of the standards required for the next phase of complex drone operations where the industry will safely scale operations in urban environments nation-wide.

The challenges around regulations and technologies for flying in congested urban airspace, backyards, and over city streets have been developing quietly over the last few years. The use of new technology within urban environments is rarely without hiccups. Cities want to mitigate the risk of drones crashing into buildings due to imprecise GPS data, faulty LTE/5G connection, or an unclear understanding of connectivity requirements for drones to safely operate in complex airspace from a telecommunications standpoint.

Canadians can expect to see more drones in the sky in the coming years as AirMatrix has accelerated its ability to map cities, terrestrially and aerially mapping 100 cities globally over the next year to build skyways that enable advanced aerial mobility, including drones and EVTOL (Electric Vertical Take Off & Landing) aircraft.