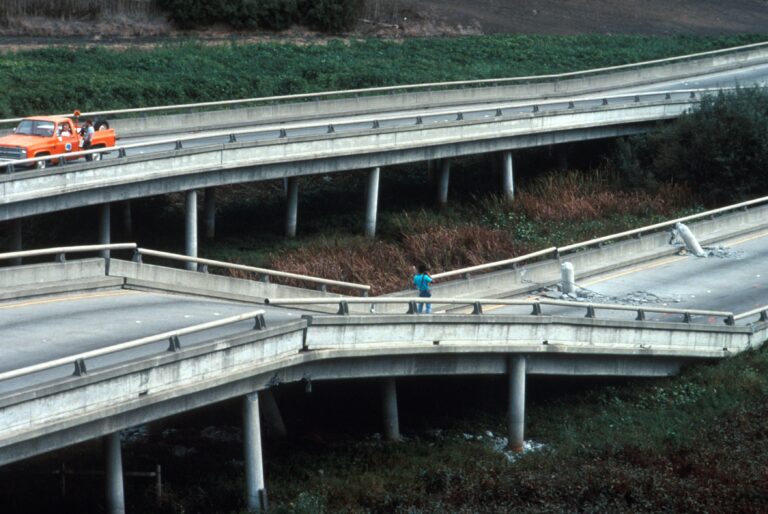 Most people think first of San Francisco when the conversation turns to earthquakes and their destructive effects. Indeed, the deadliest earthquake in U.S. history was in that City by the Bay. The 1906 San Francisco earthquake hit the coast of Northern California at 5:12 a.m. on Wednesday, April 18, killing more than 3,000 people.

However, further East, the New Madrid Seismic Zone is one of the most active seismic areas east of the Rockies. According to the USGS (U.S. Geological Survey), until 2014, when the dramatic increase in earthquake rates gave Oklahoma the number one ranking in the conterminous U.S., the most seismically active area east of the Rocky Mountains was in this Mississippi Valley area.

Since 1974, seismometers, instruments that measure ground shaking, have recorded thousands of small to moderate earthquakes. Unlike coastal fault lines, a big quake in the center of the country poses different risks. In particular, a disruption of the Mississippi River could cause severe inland flooding and levee failures.

This scenario is not theoretical. One of the biggest earthquakes in American history occurred in the Mississippi Valley near the juncture of Missouri, Illinois, Kentucky, Tennessee, and Arkansas. The sequence of three quakes happened between 1811 and 1812, and reports say that tremors caused the Mississippi River to run backward.

Back in California, the Loma Prieta Earthquake occurred on Oct. 17, 1989, 10 miles (16 km) northeast of Santa Cruz on a section of the San Andreas Fault System. That segment had been designated a seismic gap by USGS since the 1906 San Francisco earthquake. Two moderate foreshocks had occurred in June 1988 and August 1989. While “only” the seventh deadliest ‘quake in U.S. history, the Loma Prieta, hitting in the heart of Silicon Valley, caused extensive and costly damage

Photos of the Oakland Bay Bridge with a center section collapsed, or the Interstate 880 overpass destruction will evoke the fear that many experienced that day. The structures were designed and built to exacting standards—for their time. Steel-reinforced concrete columns that support many of the world’s bridges, like those in California, are designed to withstand earthquakes, but always require inspection and often repair once the shaking is over.

These repairs usually involve replacing loose concrete and fractured steel bars and adding extra materials around the damaged area to further strengthen it against future loads. The repairs will be facilitated by preplanning and understanding where the stresses are and where the faults might be found. New computer modeling is making that easier.

DesRoches explains, “When we design bridges and other structures for earthquakes, the goal is collapse prevention. But particularly in larger earthquakes, we fully expect them to be damaged. In this study, we show analytically that those damages can be repaired in a way that the original, or close to the original, performance can be achieved.”

Their models simulate how columns are likely to respond globally (in terms of base shear and lateral displacement) and locally (with stress and strain) in future earthquakes when using various repair methods. The models also predict the effects of slipping and buckling of reinforcement bars on the columns’ strength and ductility before and after repair.

Ideally, the numerical model of a repaired RC (reinforced concrete) column needs to account for the initial damage of the unremoved materials and provide displacement compatibility with the newly placed material. In order to tackle such challenges, this report proposes an innovative three-phase fiber-based finite element modeling strategy for the analysis of repaired flexure-dominant RC bridge columns. To this end, four different time-dependent material models are introduced to simulate the changes made to the original column during its repair. These models allow activation, deactivation, replacement, and modification of predefined material models at pre-specified times during an analysis consisting of pre- and post-repair loadings.

The concrete and steel in reinforced columns are represented in the models by “fiber” elements. The models predict how they will respond to arbitrary loading considering the nonlinear stress-strain behaviors of columns and repair materials. After initial loading to simulate a certain level of damage, the models allow engineers to manipulate the model’s fibers and analyze the performance of repaired columns under seismic loads.

The bar slip and buckling modeling tools, unique to the software, were validated against existing experimental data. The overall modeling strategy, using data from tests on real reinforced concrete bridge columns before and after various repair methods, include concrete and carbon fiber-reinforced polymer jacketing.

The models will be made freely available through the open-source structural analysis software OpenSees developed by the University of California-Berkley to help engineers understand what types of repairs are preferable.