The Metaverse and the Sun 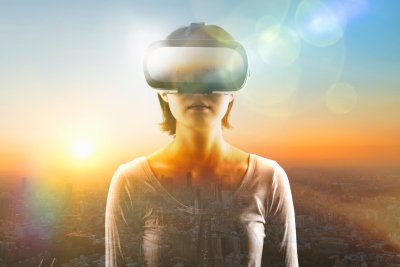 Creating new words for new technology is a familiar way companies differentiate themselves in a tough market. Sometimes, those words are made up whole, like Xerox, while others are drawn from classic Greek, Latin, or other language formats. In 2021, a former classics student devised a new name for a company he started in 2004, Facebook, and one of the most world’s successful companies became Meta and the future of that company the Metaverse.

“The metaverse will not be created by one company. It will be built by creators and developers making new experiences and digital items that are interoperable and unlock a massively larger creative economy than the one constrained by today’s platforms and their policies.“

A company that depends on massive server farms also depends on massive amounts of electricity. Meta is not shy about claiming its position in the digital world and, in keeping with its image of forward thinking, they have been an advocate of renewable energy in the past and for the present and future. Walton Electric Membership Corp., a consumer-owned utility, and Silicon Ranch, one of the nation’s largest independent power producers, combined to produce three new utility-scale solar facilities generating carbon-free renewable energy to help support Meta’s operations in Georgia.

In 2018, Meta, Morgan Stanley, and Walton Electric Membership Corp., designed a landmark energy supply agreement for Meta’s Newton Data Center. The solar facilities are part of an ongoing collaboration between Walton and Silicon Ranch to supply 100% renewable energy for Meta’s data center in Newton County, Georgia. Walton, and Silicon Ranch have now completed the installation of six projects totaling 435 MWAC on behalf of Meta, in six separate rural communities across the state. More than 1,200 people, the majority of whom were hired from the local region and military veteran community, completed the facilities on schedule.

The three latest projects total 287 megawatts (MWAC) of solar generation and are located in three different counties in the state. Silicon Ranch funded the construction and will own, operate, and maintain the arrays.

With the first six solar projects now in commercial operation, Silicon Ranch has begun construction of the partners’ seventh project together, the DeSoto I Solar Farm, a 125 MWAC facility located in Lee County. In October, state and local officials joined Walton and Silicon Ranch to break ground on the facility, and Silicon Ranch plans to hire more than 400 craft workers to build the project before the end of 2022. Once complete, DeSoto I will bring the total capacity of the partners’ portfolio to 560 MWAC of new renewable generation in Georgia.