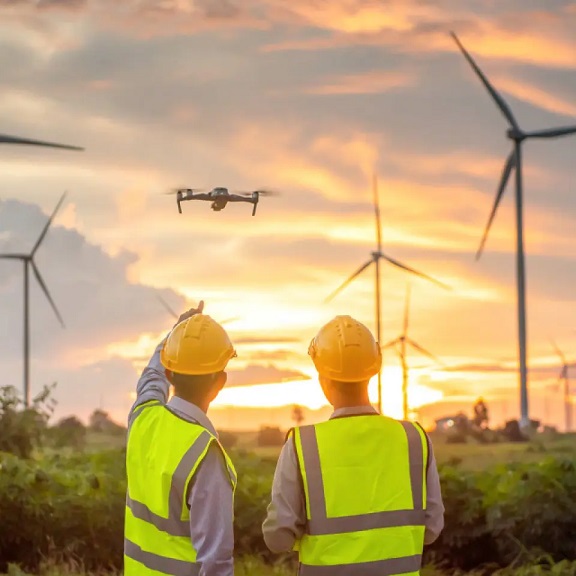 Buy, build, rent, gig? The “gig economy” has taken over in many areas as people respond from the last years of lockdowns and social distancing by abandoning office jobs for self-employment. The classic, of course, is the Uber and Lyft drivers who respond to notices on their smartphone apps and pick up and deliver people, food, and many other legal items.

What was once a fringe economy casually referred to as freelancing has become a major employer of independent-minded people. Got a car and need some extra money? Pickup the app and pick up people, no taxi license needed (in most locations). Combine the gig worker with a growing industry that competes for attention in the package delivery arena, and you have a potential for success.

Three years ago, when Barry Alexander first brainstormed the idea of creating an Uber-like app for businesses and ordinary folks to order services of UAV [unmanned aerial vehicle, better known as drones], the global economy was running smoothly. The U.S. drone industry was growing at a rapid rate. Today, America is still managing the damaging delays brought on by the COVID-19 pandemic that has taken its toll on all industries, including the commercial drone sector.

The Connecticut-based drone services provider, AD (Aquiline Drones Corp.), has launched an introductory version of the original app that they hope will disrupt and revolutionize the way business owners and consumers access and utilize drone services. Patterned after Uber and Lyft, the ADoD (Aquiline Drone-on-Demand) app is now available for downloads on all mobile devices, including smartphones and tablets through Google Play Store and Apple IOS.

Here’s how it works:

The job request is vetted for legality and practicality, then matched with a certified and trained DSP (drone service provider), the majority of whom are graduates of Aquiline’s Flight-to-the-Future drone pilot training academy. These DSPs live in the vicinity of the customer’s location and can perform the service. With this beta launch, customers can get their requests completed within 30 days. Over time, the period from job request to execution will be significantly shortened to become true ‘on-demand.’

When the drone-on-demand app was first conceived it was with the understanding that the UAV regulatory environment would allow for scalability and mass adoption of drone delivery services.  As Alexander admits, “Unfortunately, the drone industry was hard hit by the pandemic, which caused production delays, personnel layoffs, and supply chain issues. As career aviators, we are used to operating in turbulent climates – even economic ones- and thus decided to pivot our drone-on-demand app accordingly.”

Specifically, Alexander notes that a major task originally planned for the ADoD app was drone delivery services for light packages, medicines and prescriptions, even human organs and tissues. However, the FAA (Federal Aviation Administration)) has not yet approved this activity through the creation of the necessary flyways and channels required to fulfill it.

Besides the pandemic, Alexander points out that there are still many public misconceptions about drones regarding privacy, thus creating further delays in broader acceptance of the technology. Commercial drones that are supported by an artificial intelligence (AI) platform can perform a wide array of activities in ways that are safer, more efficient and more cost effective. AD has already built a platform for such applications.

Some of the available services on the ADoD app for businesses and consumers, include:

“In fact, we plan on using the app to learn what the demand is for certain drone activities and where those requests are originating so that we can identify and mobilize our tech and personnel resources—specialized drone services providers, to complete the particular missions,” claims Alexander.

One of the main functions of the ADoD app is to aggregate job requests, which then stimulates the drone employment market where people can get into drone services as a career. In fact, AD’s proprietary F2F (Flight to the Future) program was launched during the pandemic as an employment opportunity for those interested in becoming certified drone pilots and individual business owners.

Within six months, students of the online, interactive program learn how to utilize drone and cloud technology safely and effectively – embedded with Artificial Intelligence in daily missions. Besides earning their FAA Part 107 commercial drone pilot certification, the program participants are immersed in cloud computing, AI (artificial intelligence), the IoT (Internet of Things), and other technologies transforming the UAV industry. Instructor guided one-on-one flight training and industry specialization culminates the course.

Besides offering a streamlined drone services ordering system and a comprehensive drone pilot training course, AD also provides drone insurance for all missions. AD also supplies three of its own, advanced drone models – the Spartacus Hercules, Spartacus MAX, and Spartacus Hurricane for operators and business owners looking to build up their inventory of equipment and assets. The company offers flexible financing with the best terms in the industry, as well as MRO (maintenance, repair and overhaul) services for continued upkeep and safety protocols.

Future versions of the ADoD app will be released in line with the overall UAV industry especially as autonomous drone use develops. Plans include voice-activated commands, live interfaces between the user and the drone during flight, and artificial intelligence-assisted object recognition.