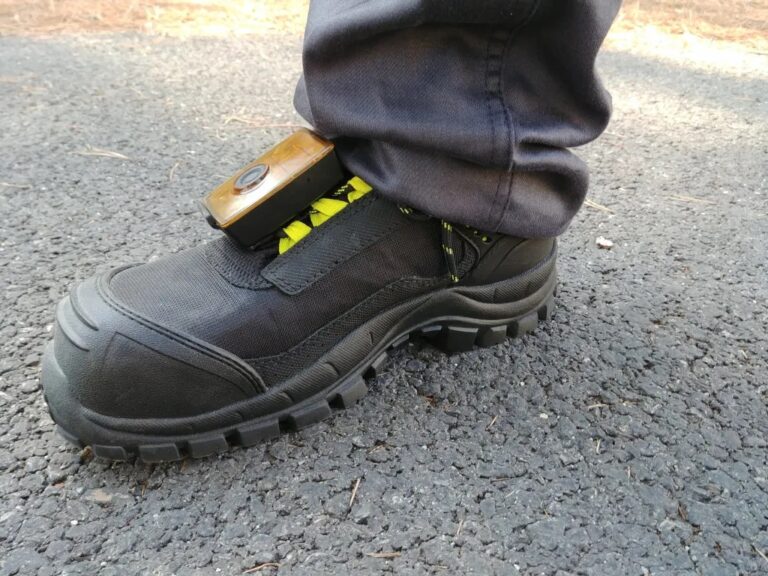 Construction sites are dynamic environments with unique and often hazardous working conditions that can change daily, even hourly, as well as throughout the life of a project. On the job, what you wear can make the difference between safety and serious injury. More and more, safety gear, and even common clothing articles, are becoming connected devices that can be considered safety apparel.

When used on worksites, wearable devices are often connected to a wireless mesh infrastructure via an IoT (Internet of Things) network. This network is the backbone of the system and allows for integration of the physical world into the network. For example, proximity detection and alert systems, used as a wearable technology, are reliable and effective and have the potential to warn workers on the ground or operating equipment when moving hazards such as heavy construction equipment is near.

According to the NIOSH (National Institute for Occupational Safety and Health), wearable technologies are beginning to be developed, tested, and used for a variety of applications in construction. Physiological status monitors can reliably collect worker data in the outdoor environment and warn about the potential for heat stress. Environmental sensors can be used to monitor air quality, including carbon monoxide, hydrogen sulfide, gas leaks, temperature, humidity, and noise.

Wearable devices and related attachable sensors are now available in many forms including clothing, watches, earplugs, helmets, and eyewear. Advances in miniaturized sensors and wireless technologies are permitting a new generation of protective equipment to become reality. These types of devices have been used to reduce exposures to hazardous conditions.

By combining sensors with location or video information, specific work tasks can be evaluated as a potential source of exposure. Direct-reading and sensor technologies can monitor exposure to harmful chemicals or substances and empower workers to have a better understanding of their work environment. These technologies can help workers, employers, and supervisors reduce harmful workplace exposures and become active partners in preventing occupational illnesses and injuries.

The most common wearable safety gear on a construction site is the hardhat. NIOSH is studying the performance and design of hardhats to improve overall personal protection with the hope of potentially increasing head protection for preventing NBI (traumatic brain injury) caused by falls. This work also includes efforts to improve consensus standards that address hardhat performance.

In addition to improved design for reducing potential TBI, smart helmets with additional capabilities are being developed. As an example, a smart safety helmet has been designed for monitoring methane and carbon monoxide concentrations caused by gas leaks.

Cost, maintenance, and privacy are all issues that could affect how widely these technologies are adopted. Many of these systems require infrastructure spending, such as an IoT mesh network, in addition to the cost of the wearable devices. Costs vary widely depending upon the technology. Individual sensors can cost as little as $35 (Bluetooth device) to over $1,000 RFID (radio-frequency identification).

In many cases, more research is needed to fully understand the impact these new technologies have on the workforce. Some groups have expressed concerns that wearables could be used for productivity monitoring or that a company could use a device to track an employee’s location, hours worked, breaks, and even their number of steps during the day. Fortunately, in many cases it is possible to set up a system that keeps the user information anonymous.

Meanwhile, the worldwide wearables market, including all consumer as well as commercial applications, hit a new record high in the fourth quarter of 2021 (4Q21) as shipments reached 171 million units, up 10.8% from the same quarter last year, according to Worldwide Quarterly Wearable Device Tracker, a new report from the IDC (Intl. Data Corp.). New products and continued demand for health and fitness tracking products along with hearables helped the market maintain its momentum. Shipments for the full year 2021 totaled 533.6 million units, an increase of 20% over 2020.

Hearables were once again the leading category as shipment volume grew 9.6% during the quarter and accounted for almost two-thirds of the entire wearables market. Meanwhile, watches continued to steal share from wristbands as the larger form factor offers consumers more features and customization. Lesser-known categories such as glasses (those without displays), rings, connected shoes, and others managed to grow 94.1% during the quarter.

One category stands out: the connected shoe. Since special work shoes are common on jobsites, how can they be made even more a part of the wearable safety network? By connecting them to the IoT network as companies like Intellinium has. And, since work shoes wear out, the company also offers a clip-on “safety pod” to be used with any safety shoe, regardless of brand.

Their smart shoes can provide the following safety callouts: