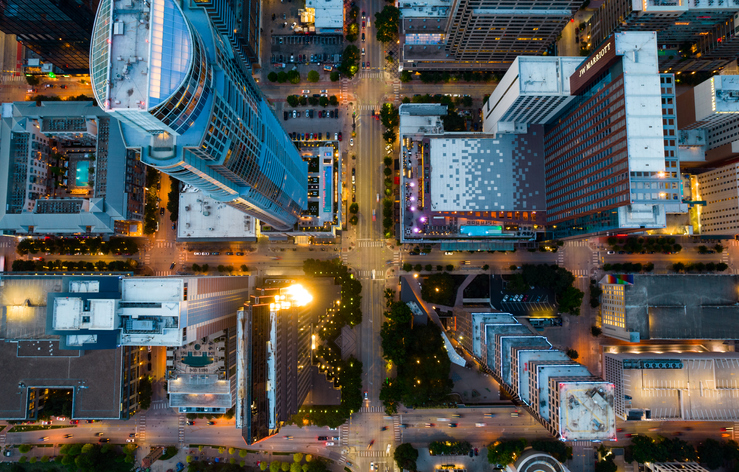 The 15-minute city proposes a city where all residents can meet their daily needs within a short walking or cycling trip from their home. This concept builds on long established planning and development principles which encourage walkability, a diversity of destinations, and density.

Many European cities that actively pursue the 15-minute city banner, such as Paris and Barcelona, already have relatively good local access to destinations compared to North American cities. The comparison was made, in a 2020 article in Bloomberg, “Transforming [European cities] is rather like giving a supermodel a makeover. The challenge is far greater in the kinds of younger, sprawling cities found in North American or Australia, where cars remain the dominant form of transit.”

The idea of a 15-minute city is within reach for Vancouver, Canada’s city with the highest density of population, but more needs to be done to provide access in some neighborhoods. According to a new study published by Simon Fraser University researchers, 79% of residents in Vancouver have access to a grocery store within a 15-minute walk and 99% had at least on grocery store within a 15-minute cycle. Grocery stores were the focus because this amenity is an essential component of the 15-minute city and a destination that almost all households need to access on a regular basis.

The study was restricted to Vancouver, which is one of the most amenity-dense cities in Canada. However, there were inequities in access across populations and neighborhoods that disproportionately affect children, older adults, racialized populations, and those with lower employment and education rates. “These are often the populations that have lower access to a car and would benefit most from having access to grocery stores by walking and cycling,” says Kate Hosford, a PhD candidate in the Faculty of Health Sciences and lead author of the study. “Designing cities so that people can access their daily needs by foot or bike not only makes for a more inclusive city but is also beneficial from a health and environmental perspective.”

Among walkers, 91% of the city’s population had access to at least one store within 15 minutes when using the average walking speed of a younger person (4.8 kph/3.0 mph) but that number declined dramatically when using an average walking speed of an older person (3.6 kph/2.25 mph). About 21% of the city’s population had no grocery store within 15 minutes walking time.

Since bikes, both human and electric powered, are becoming popular, cycling was also considered using speeds of 16.2 kph/10 mph for younger cyclists and 13.9 kph/8.7 mph for older bike users. The City of Vancouver has set a target that 90% of its residents will live within an easy walk or roll of their daily needs by 2030.

To improve accessibility to grocery stores by walking and cycling in the longer term, Hosford suggests that land use policies that support mixed-use, higher density neighborhoods across the city are needed. In the short term, more funding and supports could be put towards programs that help people access groceries – such as Better at Home and the Safe Seniors, Strong Communities programs.

As in so many aspects of daily life, the 15-minute city metric has been impacted by the COVID-19 pandemic. Widespread use of digital technology is changing the way we access services and opportunities. The pandemic increased the use of online grocery services in Canada from pre-pandemic levels, however most grocery trips were still in-person several months into the pandemic (86% of all grocery trips) and only 7% of Canadians surveyed felt that grocery shopping online was easier. This suggests that physical access to a grocery store remains an important amenity, at least in the near term, and at least in Canada.