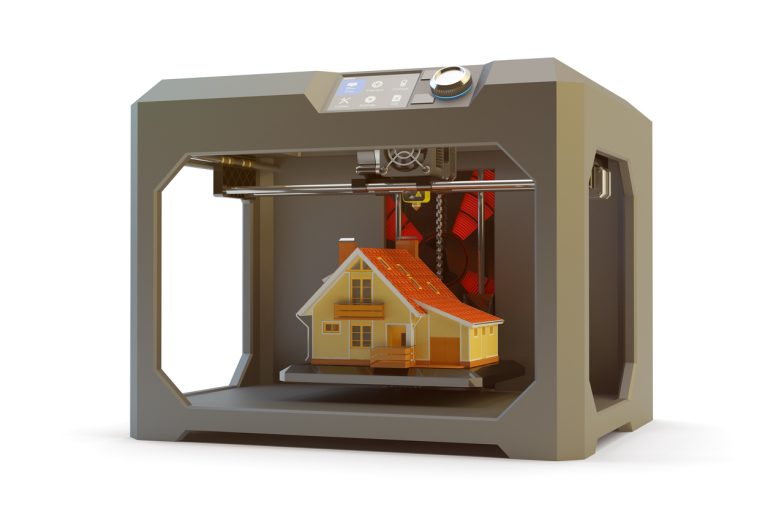 Building codes are often based on “old technology” and are slow to respond to changes in materials and processes in construction. Cities and local areas might be quicker to adopt new methods than states are but that could be changing.

One of the technologies being expanded to meet environmental and affordability challenges is 3D printing of walls and whole buildings. The problem comes from those pesky building codes that don’t keep up. European nations are leading the way in some cases, but companies that take advantage of 3D printing are pushing hard for other areas to adapt. Perhaps the first state to accept the technology in its building codes is Montana, home of wide-open spaces.

Building code regulators at the state level in Montana made history as the first to approve 3D-printed walls as an equal replacement for walls made with CMUs (concrete masonry units), or a standard cored concrete block. The approval was granted to Tim Stark, a contractor based in Billings, Montana, after filing specifications and testing reports developed by Apis Cor, the Florida-based construction technology company that holds the Guinness World Record for the largest (volume) 3D-printed building globally.

Apis Cor has designed 3D-printed walls that comply with international building codes and have been tested by an independent, third-party lab in Boston, Massachusetts, and at the Civil and Environmental Engineering School of the University of Connecticut and published by the NFPA (National Fire Protection Assn.).

Tim Stark sought to get permission to use Apis Cor’s 3D-printing process and equipment for a housing development in Billings and in other areas of Montana, leveraging automation and materials to lower the cost of production. The cost of a finished home printed with an Apis Cor printer can be up to 30% less than traditionally built concrete block or wood-framed houses. In addition to cost reduction, developers who lease Apis Cor’s portable, mobile 3D-printing equipment will dramatically increase their speed of production, to boost supply at a faster rate.

While housing prices nationwide have risen dramatically over the past few years, Montana was more affected than most interior states as residents left coastal cities seeking a higher quality of life and affordable living. Statewide, Montana’s average home price increase was 23.8% in 2021 compared to the national average of 17.4%, according to the Federal Housing Finance Agency.  Billings has seen a 32% increase in home prices since 2020 as demand outstrips supply.

Housing developers are eager to make up for two decades of underproduction that led to the housing crisis by increasing their output, but in many cases, red tape, excessive fees, and exclusionary zoning policies can artificially cap the supply of housing. In the case of Montana, regulators are doing the opposite.

The approval applies not just to single-family dwellings, like the kind that Stark has planned, but also for all types of construction that must follow the state building code. The code includes requirements for construction and construction materials to be consistent with accepted standards of design, engineering, and fire prevention practices, and to use technology that reduces cost of construction and promotes efficient use of energy use but still complies with health and safety standards.

Having clear support from the state of Montana in its building codes paves the way for faster decisions at the county level, which will make it easier for developers to move forward on their 3D-printed housing projects. While the path is open in all states, Montana is taking a stand in advocating for the smooth approval process, thus opening opportunities for efficiently produced housing.

While Apis Cor has completed multiple pilot homes in the United States and in the UAE (United Arab Emirates), another 3D printer developer, Black Buffalo 3D Corp., is also growing globally, including the UAE. Black Buffalo has a strategic partnership agreement with Presidio Advisors giving them distribution rights for Black Buffalo’s NEXCON 3D construction printers, structural inks, and related equipment in the Middle East. This partnership strengthens the ability of Black Buffalo 3D to address growing global demand for its large-scale 3D construction equipment and materials.

Over the past few years, the company has developed large scale modular 3D construction printers and the world’s first structural concrete “ink,” designed to meet requirements for ICC-ES AC-509 testing. Partnerships such as this will accelerate adoption of this new technology globally.

Presidio is a leader in using and investing in companies that utilize AI (artificial intelligence), Machine Learning, robotics, and blockchain to modernize and scale the industry. Presidio supports rapid, lower cost construction, and sustainable development. Their initial regional focus will be on the Saudi, Turkey, North Africa, UAE, and Egyptian markets.

Presidio’s Chief of Innovation, Jourdan Younis explains, “The Middle East has a huge demand for efficient, low-cost sustainable housing development. Presidio’s 15+ years of expertise in innovative sustainable construction and technical design in the region make Presidio and Black Buffalo ideal partners to further the global expansion of the company.”

Looks like the Middle East will be the region where the challenge of 3D printed housing is most volatile as Apis Cor and Black Buffalo 3D’s technologies compete head-on. No doubt the outcome will be felt in building code changes, like those in Montana, throughout the world as low-cost and affordable housing developed with 3D printing becomes accepted and popular.