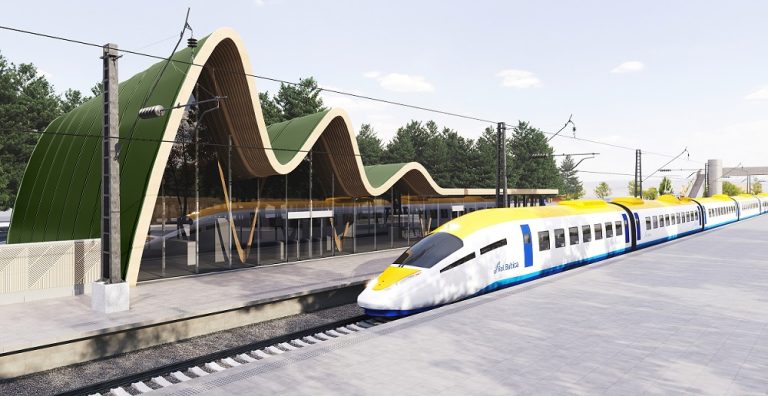 Railroads are one of the major ways to move people and cargo in Europe. Each nation has a goal for its rail system, and they want to connect their lines to those of other countries, making an EU (and non-EU) system. Even smaller countries are rapidly moving towards rapid rail traffic.

For example, the 870 kilometers of Rail Baltica run across each of the three Baltic countries: Estonia, Latvia, and Lithuania. An ongoing electric rail infrastructure project in the region, Rail Baltica’s purpose is to provide sustainable passenger and freight service between participating countries and improve rail connections between central and northern Europe.

Rail Baltica is the largest railway infrastructure project in the history of the Baltic States with an estimated cost to competition of €5.8 billion (which they are quick to point out is less than the cost of the London Olympics in 2012). It offers unique opportunities by linking the three countries with a standard gauge railway and connecting to Poland and beyond. A modern system, trains on Rail Baltica will be able to travel up to 249 km/h (about 155 mph).

The intention is to remove the present missing link of EU track gauge connection between the Baltic states with the rest of the North Sea/Baltic core network and significantly increase the connections between the main cities along the corridor, increasing synergies with the existing rail network in the Baltics, and ensuring multimodal connections to roads, ports, and airports. It is planned that the Vilnius region in Lithuania will be served by all planned passenger transport services on Rail Balitca: high-speed, regional, and night trains.

To help engineers plan, construct, and manage maintenance tasks to make improvements, RB Rail AS—the  Rail Baltica joint venture—and Esri, a leader in location intelligence, have signed an enterprise agreement to integrate GIS (geographic information system) software across all project units. Esri’s ArcGIS software will be used as a connection hub, and all asset data will be stored and handled in a unified spatial database.

The system will also serve as a foundation for implementing the Rail Baltica digital twin, a virtual model of the railway’s entire operational infrastructure. The holistic geographic approach that the new GIS system will bring also allows railway personnel to make necessary adjustments in near real time and plan routes to be less environmentally impactful.

With billions of devices connected to the IoT (Internet of Things), executives and decision-makers have access to unprecedented amounts of business data, including a variety of geospatial data. Location intelligence comes from visualizing and analyzing volumes of data in the context of location, and is used to empower holistic planning, prediction, and problem-solving. Seeing all relevant information in the context of location—on a smart map, app, or dashboard—provides unique insights. Insights gained from location technology can reveal hidden relationships, patterns, and trends, delivering a competitive advantage.